Predictors of Kidney Failure in Middle Age Found in Teenagers

Kidney failure later in life can be predicted based on measurements taken in adolescence, according to a study by Swedish researchers at Örebro University published in the November issue of the American Journal of Kidney Diseases. 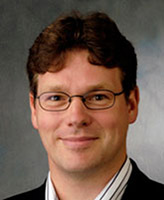 Researchers at Örebro University found that high blood pressure, being overweight, elevation of a blood marker indicating inflammation, or the presence of protein in the urine in otherwise healthy teenage males were all independent predictors of end stage renal disease (ESRD) in later in life.

"We were surprised by the magnitude of the risk, especially for individuals with unexplained proteinuria (protein in urine) in adolescence," said Dr. Per-Ola Sundin, lead author of the study and a researcher at Örebro University and physician at Örebro University Hospital.

"This shows that silent kidney damage is already occurring in teenagers who won't develop more noticeable symptoms of kidney disease for many years."

The study was based on Swedish male residents, who had a physical examination at the time they were compulsorily enlisted in the military in the early 1970s, when the majority of these individuals were 18 and 19 years old. Up to the age of 58 years, researchers identified 534 men who developed ESRD and compared them to a similar group of 5127 men who did not develop ESRD.

The presence proteinuria in adolescence was associated with a seven-fold increase in the risk of ESRD. Low-grade inflammation found by testing for the erythrocyte sedimentation rate in blood indicated a two-fold increase in kidney failure risk. Hypertension, defined as blood pressure of 160/100 and higher, quadrupled the risk of developing ESRD, while a Body Mass Index (BMI) of 30 or above (indicating obesity) increased the ESRD risk by 3.5 times.

Although the study was limited to Swedish men, researchers stated there was no biological reason that these findings would not be relevant to females and populations in other industrialized countries.

This study highlights the importance of adopting a life-course approach to understanding how risks for serious kidney disease begin to accumulate many years before the disease is diagnosed.

"These results suggest that there is a screening opportunity at an early age if we want to prevent chronic kidney disease," said Dr. Per-Ola Sundin.

"Particularly, proteinuria without an explanation should be followed up by doctors and patients. Also, it is never too early to tackle issues like unhealthy weight gain and hypertension as it may be much harder to begin a healthy lifestyle in later adulthood. How you live as a teenager has consequences for your health in middle age".

The study was funded by Örebro University and a grant from the UK Economic and Social Research Council.