Magnus Hansson, the Master of Ceremonies, extends a welcome to the Vice-Chancellor’s inauguration ceremony. On stage is the Swedish Chamber Orchestra led by Katarina Andreasson.

Being the Vice-Chancellor of a university is an adventure – an enjoyable adventure. With these words, Jens Schollin handed over the vice-chancellor’s chain to Johan Schnürer. Johan Schnürer takes the helm of a university described by many of the speakers as an unruly teenager who is standing tall when the wind is blowing. 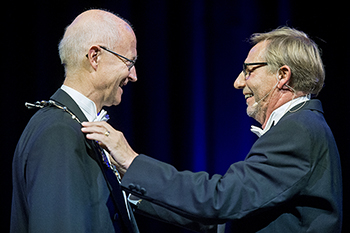 According to tradition, the former Vice-Chancellor hands over the vice-chancellor’s chain to his successor.

Characteristics which may well come in handy if the picture painted by Deputy Vice-Chancellor Anna-Karin Andershed of running a university is true. She compared it to leading a jazz orchestra – no conductor, and no symphonies.

With a reference to her own research, she added that Örebro University is a 17-year-old with a good measure of self-confidence, and, she claimed, it is at that age that adolescents are most likely to break rules and regulations. But for the University, that may in fact be a good thing: 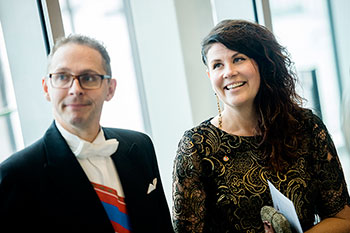 As the Master of Ceremonies, Magnus Hansson knows the ropes. Anna-Karin Andershed, Deputy Vice-Chancellor and Professor of Psychology spoke of a brave 17-year-old.

“Breaking norms may be to your advantage – not breaking rules or regulations – but breaking free and thinking again. A brave teenager is standing tall even if the wind is blowing,” said Anna-Karin Andershed.

Johan Schnürer spoke of his delight to be inaugurated as the Vice-Chancellor at a young university with so many dedicated employees and students and where there is so much optimism. He described three particular focus areas which he will pursue while serving as Vice-Chancellor.

First on his to-do list is the introduction of what he calls external collaboration specialists – intended to enhance Örebro University’s relations with the manufacturing and IT industries in the region. His second focus is the setup of a research profile within food and health which goes hand-in-hand with the Government’s efforts to prepare a national food strategy. 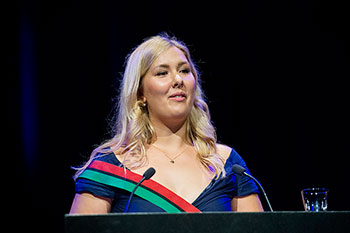 An invitation for the Vice-Chancellor to “talk to us” was made by Elin Dankvardt, Chair of Örebro Student Union.

“My third focus area will be to rally the troops to bring about a range of really high-quality teacher education programmes at Örebro University. We must continue to build on existing good initiatives and put quality before quantity,” said Johan Schnürer.

Students presented the new Vice-Chancellor with a gift – a pair of walkie talkies. One was given to the Vice-Chancellor while the Chair of Örebro Student Union, Elin Dankvardt, kept the other. After the ceremony, the guests headed out for refreshments, accompanied by the harmonious sounds of the Swedish Chamber Orchestra. 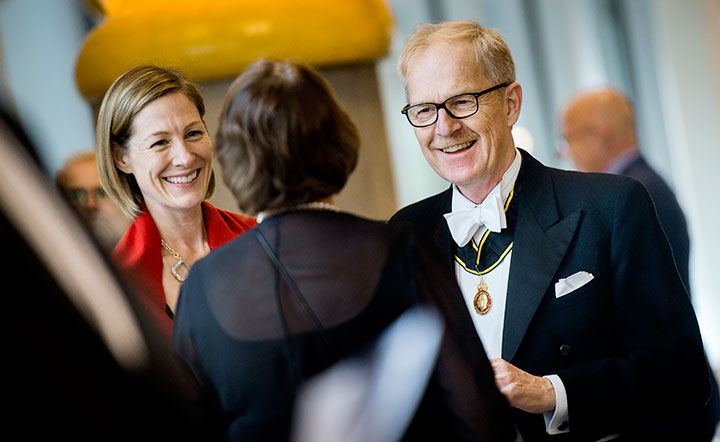 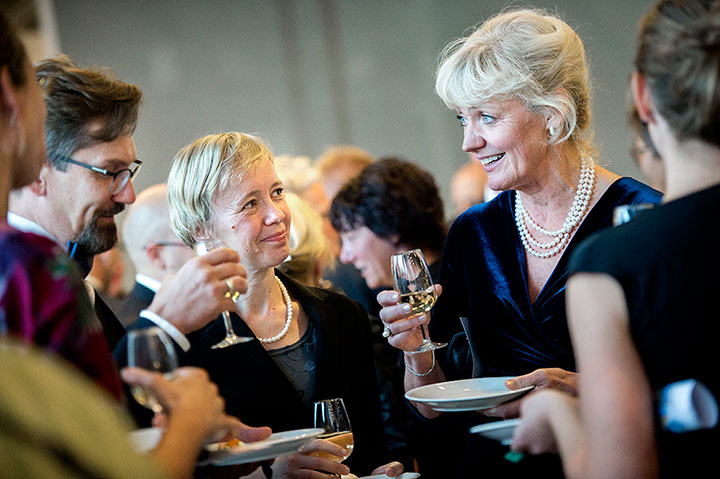 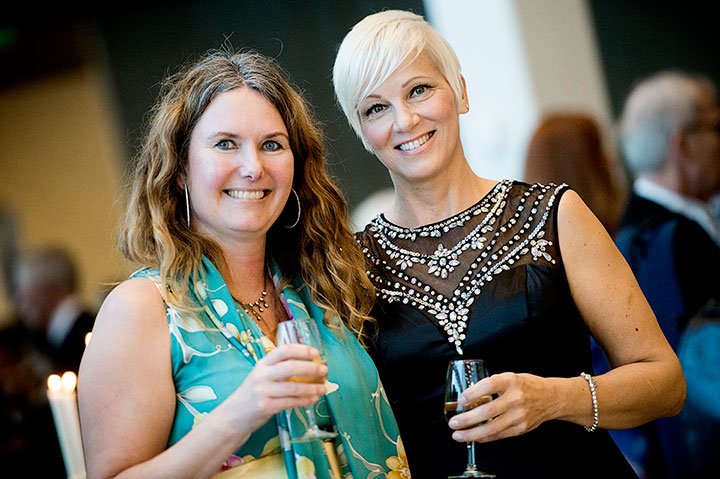 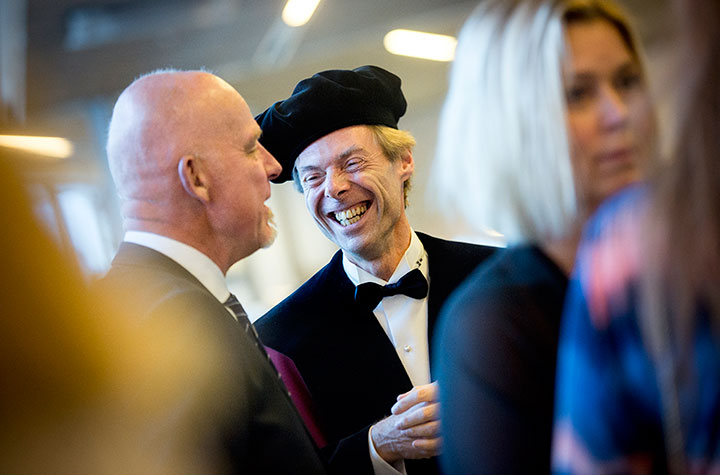 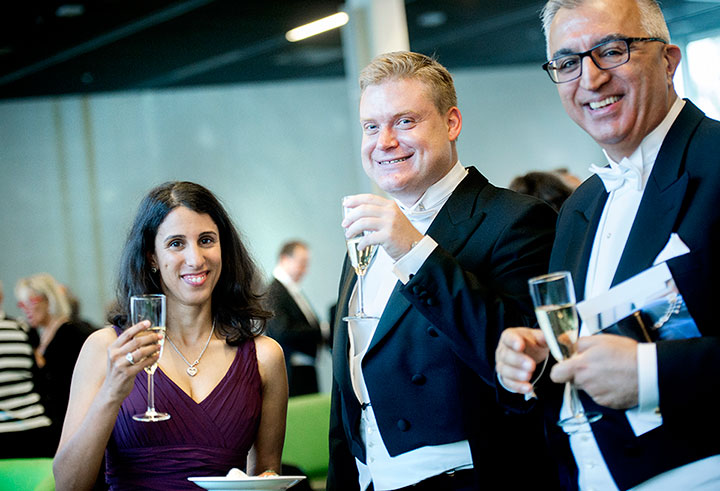 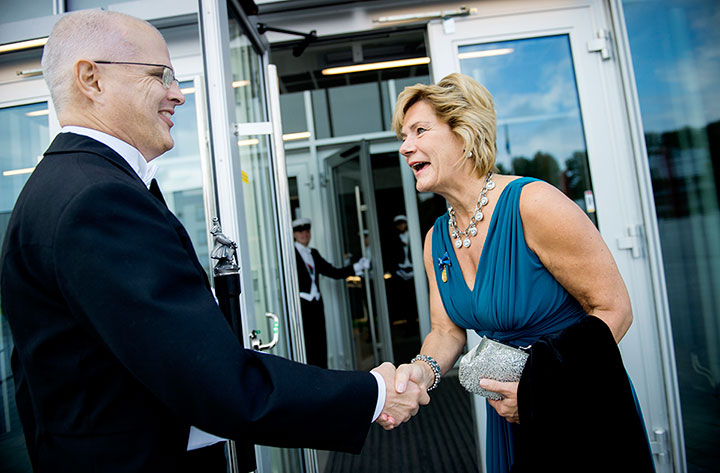 County Governor Maria Larsson is being welcomed by Bedel Michael Tunehag. The bedel traditionally represents the guard of the University and is consequently the one who protects the Vice-Chancellor. 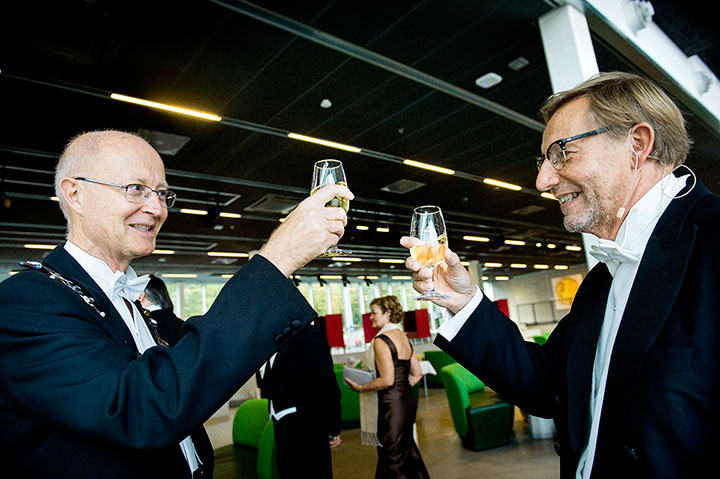 A toast with Johan Schnürer and Jens Schollin. 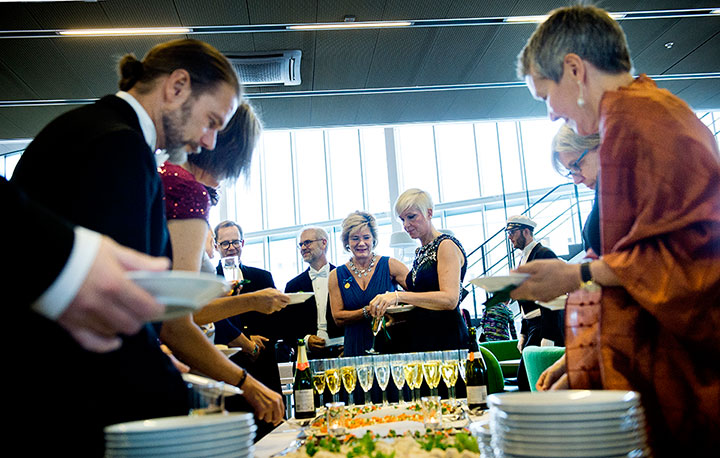 After refreshments with canapés and fizz, the celebrations continued at a banquet hall in Örebro.