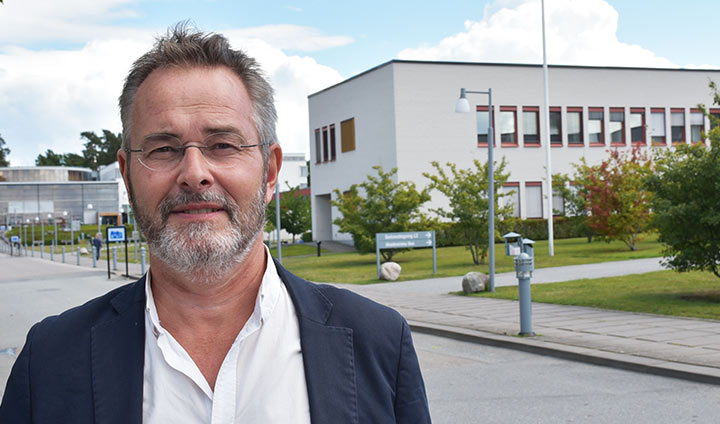 Jan Olsson, professor of political science, has published a book on subversive action.

They are there, civil servants and public officials supposedly neutral but who secretly let their own values impact their organisations. In his recently published book, Jan Olsson, professor of political science at Örebro University, traces that which is intended to go unnoticed: subversive action.

“It is a power game which is difficult to get at, with people saying one thing and doing another. Within the various theories of how an organisation functions, this is today a somewhat forgotten mechanism,” says Jan Olsson.

His new book Subversion in institutional change and stability puts forward a theoretical perspective within political science pointing to how people with their own agenda can affect the way in which an organisation functions and changes. The currently dominating schools of thought are based either on sociological paradigms or on rational choices – a model which originates from economic theory.

“I argue that focus should be shifted to political agents and political action. In general, political mechanisms have been sailing the backwater for decades. But we have to understand that key agents actually can make a difference,” says Jan Olsson.

Definitions of political agents can be found within theories of neo-institutionalism. They include, for instance, officials who openly protest.  What is new in Jan Olsson’s book is how he specifically emphasises the significance of “subversive” or hidden action.

“Operating in secret, in networks, can be incredibly effective. We can be sure that there is subversive action in all organisations where there are conflicting views of what should be done,” says Jan Olsson, giving an example from his previous research on municipal environmental officials. This research showed how the “neutral” officials are able to push the decision in a direction which is not always obvious to those who are in charge, the politicians.

“If management is corrupt and takes action that is completely contrary to its mission, subversive action may be a way of safeguarding the values of the organisation.”

Jan Olsson points out that conflicts per se are natural and that many organisations today are governed by framework regulations that leave the tough decisions to the officials.

How do you study something that is secret?

“If it is important, it will surface sooner or later. For us researchers, one source of inspiration may be the methods used by journalists. Many people are also prepared to answer anonymous questionnaires. But it is difficult to detect subversive action as it happens.”

There are a number of concrete examples of subversive action that have come out into the light. Suffice it to say: Edward Snowden. Another example, says Jan Olsson, is the Swedish “Saudi-gate” where anonymous whistleblowers leaked information to media about what a Swedish-Saudi arms deal actually entailed, a disclosure which, among other things, led to the Swedish minister of defence at the time being forced to resign.

A perfect fictive example of subversive action at play is given in the TV series House of Cards:

“The power game is rather exaggerated. If you were to act like Francis Underwood, people would soon see through you and you would cut off the branch you are sitting on. To succeed, you also have to cooperate and be constructive. But when those things that we attach great value and importance to are at stake, subversive action will follow.”

With his book, Jan Olsson wants to bring forward subversive action as a force to be reckoned with:

“Today, researchers are very much specialised within their own different fields. I would like to see more cross-fertilisation, where micromechanisms are also taken into account.”

Next year will see the publication of yet another book, discussing subversive action as a factor within institutions. Together with his Örebro colleague Erik Hysing, Jan Olsson will then analyse the relationship between subversive action and democracy.