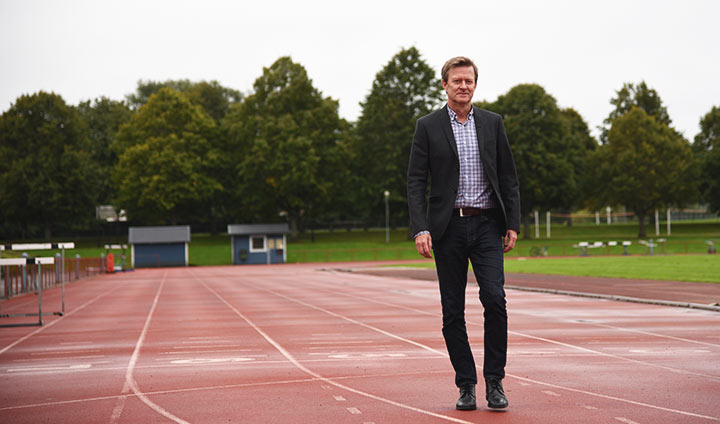 Fitness trackers measure such things as how many steps you take and how many calories you burn.

They have become increasingly common among exercisers and cost from a few hundred kronor up to a few thousand, depending on the brand and features.

“These kinds of digital devices are often presented as a solution for how to get young people to exercise more,” explains Mikael Quennerstedt, Professor of Sport Science at Örebro University.

However, the English study in which he participated shows the opposite. One hundred students, 13 and 14 years old, wore the fitness trackers for eight weeks. 41 of the pupils were interviewed after the test period and it then turned out that they were less motivated to exercise.

“Sure, there were things that were positive, but the negative effects were quite evident. At the beginning, the pupils said they felt motivated and were physically active. But this dissipated and motivation decreased over time,” says Mikael Quennerstedt.

The explanation: pupils felt monitored and felt guilty if they did not reach the daily goal of 10,000 steps.

“If they did not achieve the norm, they felt overweight and unhealthy. One student expressed it as ‘I feel fat’. Being healthy meant not being overweight.”

The fitness trackers measured, among other things, how many steps the pupils took and estimated how many calories they burned. They were linked to an app where teens could see not only their own data, but also their friends’ results.

“The pupils felt that they were being monitored all the time. And the fact that their friends could see their results contributed as well.”

Occasionally, the pupils manipulated the fitness trackers by tapping on them or jumping up and down, just to reach the 10,000 steps. They did this to feel good about themselves, but also to compete against their friends.

Were you surprised by these results?

“I was a little surprised by how clever the pupils were in that they questioned many aspects of the actual measuring,” says Mikael Quennerstedt.

He lists some of the critical questions that the pupils asked: Why should we do 10,000 steps exactly? Shouldn’t goals be individually set? Why is the school calculating how many calories we burn? That is surely a concern for the school nurse or parents?

“Pupils also questioned the educational value of just walking round and round in PE classes – just to collect steps.”

Even still, the young people in the study had mixed feelings; while they were very critical, they also really wanted to reach their daily goal.

Do you believe that adults who buy fitness trackers might also become less motivated to do exercise?

“It is difficult to say. Some are most likely very motivated to become active, but if you never reach your goals, I believe that you will stop using it. You can ask the same question as the teenagers did in the study: why 10,000 steps?”

Mikael Quennerstedt is hesitant whether physical inactivity in teenagers can be solved using digital technology. In England, however, there are several schools that use such fitness trackers.

“They are most likely good for some, but in this study many did lose their motivation. Therefore, we believe that you must be a bit cautious before introducing them in schools. In any case, you must both consider the educational value, and listen carefully to what the young people have to say.”

This study has attracted the attention of SVT Örebro and Sky News.

The research article is Open Access during 2017 and can be downloaded here.

More about the study

Mikael Quennerstedt has previously worked with the study’s English researchers – the lead author Victoria Goodyear at University of Birmingham and Charlotte Kerner at Brunel University.

Of the 100 teenagers, 84 responded to a questionnaire before and after the test period. After that, 41 were interviewed in a group.