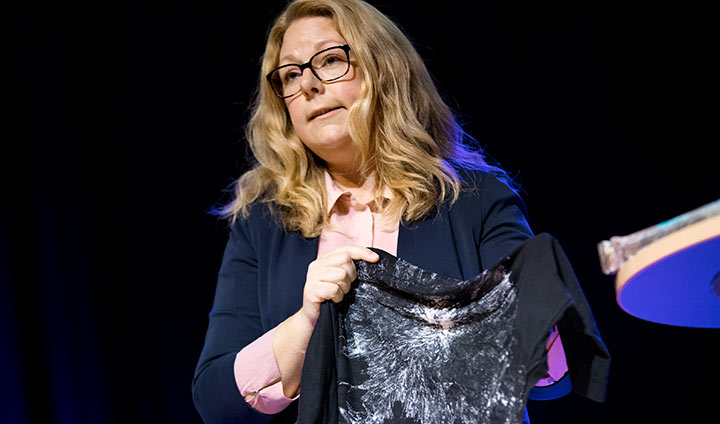 Today, King Carl XVI Gustaf was brought on a journey. It started on Easter Island in the Pacific and ended in Sweden’s four largest lakes. At the helm were researchers at Örebro University, demonstrating how plastic is spread in the environment, affecting humans, animals and the world we live in. 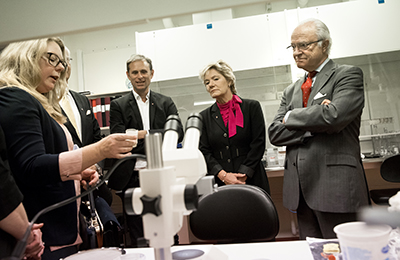 The Örebro researchers have participated in a major project, where the goal was to calculate how much plastic ends up in our oceans. In 2011, they  therefore sailed the Atlantic and the Pacific. It was during this voyage they visited Easter Island. Located 4,000 kilometres from the South American continent, the island is taking a hard hit from plastic pollution.

“A confetti of plastic is floating on the surface and fragments of colour are dotted around the beach. This is because the movement of the ocean gyres concentrate the plastic debris to five large areas in our oceans and Easter Island is right in the middle of one of them,” says Anna Kärrman.

“We know that fibres of acrylic, nylon and polyester are released via our laundry water. Many disposable items are used for a short while only to be thrown away. The ice cream you eat lasts a few minutes, while the spoon you ate it with can last for hundreds of years,” says Anna Kärrman.

It is not only in the water that researchers find plastic. Animals get caught both in nets and in other products. And birds, algae and fish ingest the plastic.

“The plastic blocks their guts, gives a false sense of fullness, and enters the bloodstream. That way, plastic also enters our food chain,” says Steffen Keiter. 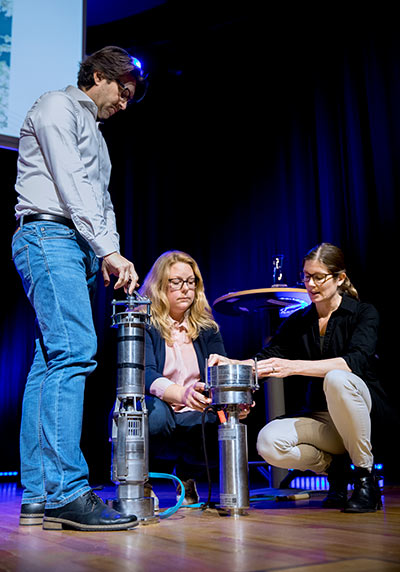 Anna Rotander shares how the researchers studied the water in Vättern, Sweden’s second largest lake, and were surprised at how much plastic they found. The result caused them to take their studies further and in collaboration with a number of water conservation associations they are now also studying the lakes of Vänern, Hjälmaren and Mälaren.

“This is of particular significance since this is where we take our drinking water from,” says Anna Rotander, commenting on the study due to be completed in November.

It is possible to break the trend and the researchers propose a number of initiatives: reducing the use of packaging material and single-use items; removing chemicals that are hazardous to the environment and our health; increasing our recycling efforts; and installing filters on washing machines.

“There are signs of hope. As of next year, face scrubs containing plastic microbeads will be banned in Sweden,” says Anna Kärrman, after demonstrating how many plastic beads each tube contains by dissolving the cream in water and sifting it through a t-shirt.

On the black t-shirt, the minute plastic beads that are not dissolved in the water have formed a big white flower. Usually, these particles travel with the water into our environment after we have washed ourselves, since they are too small to be picked up by the sewage treatment plants.

After the lecture, the audience were given the opportunity to ask questions. One of these was about the possibility to clean up our lakes and oceans. The researchers saw potential but emphasised the importance of first cutting off the supply from land.

“It may be possible to clean the water outside big cities, but further out to sea it is considerably more difficult. We also risk picking up particles that are supposed to be there, disturbing the ecosystems while doing so,” says Anna Kärrman.

“In some parts of the ocean, there are more microplastics than there are plankton,” said Steffen Keiter. 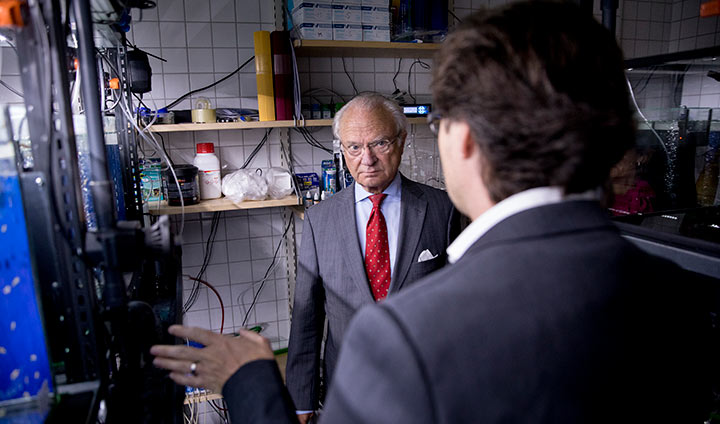 King Carl XVI Gustaf speaking with Steffen Keiter among the tanks with zebrafish. 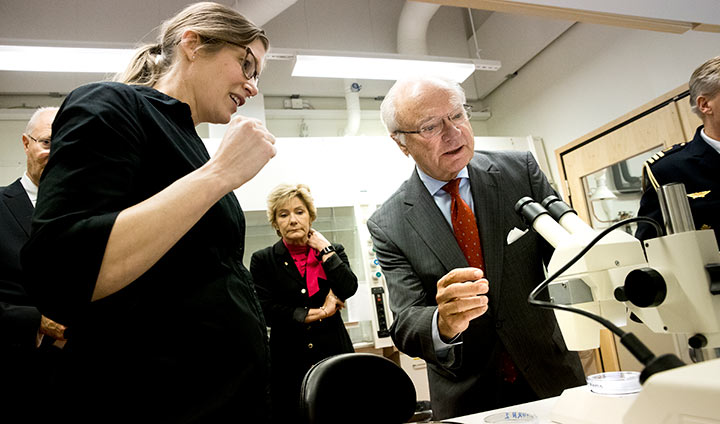 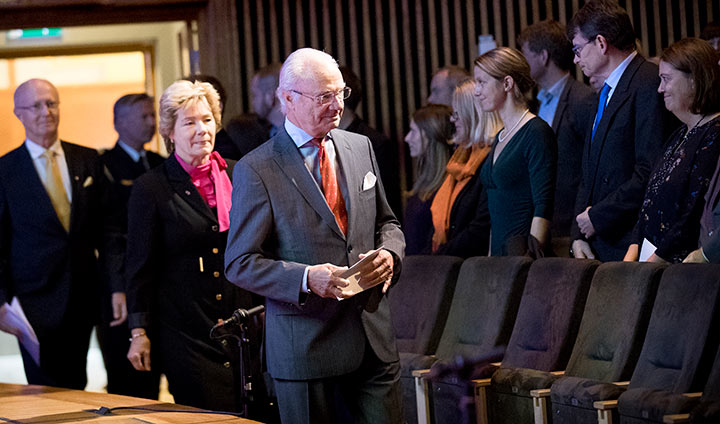 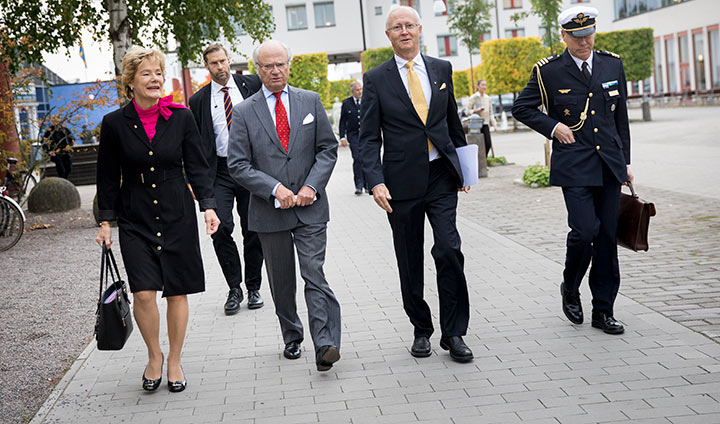 Together with Maria Larsson and Johan Schnürer, the King walked the short distance from Entréhuset to the School of Music, where the lecture was given in the Concert Hall.