Text messaging effective support in treatment of HIV and tuberculosis 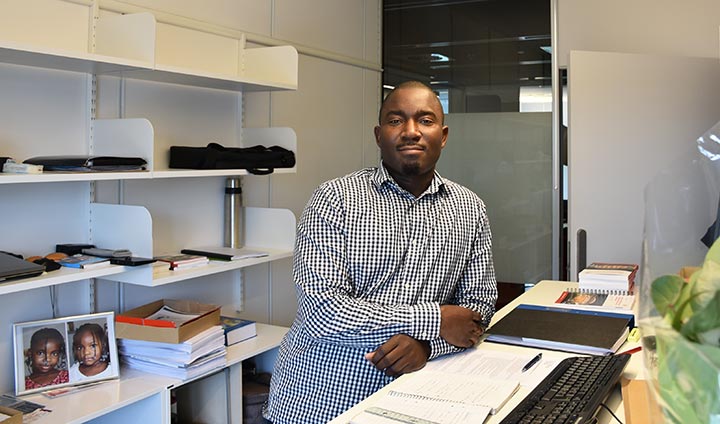 Mobile phone text messaging is a powerful tool for improving quality of care, as shown by José António Nhavoto in his doctoral thesis in informatics at Örebro University. He has developed and tested a method in Mozambique, helping patients with severe diseases to follow through with their treatments.

"Patients who received text messages felt that their doctor cared and the method proved to be significant in getting people to show up for their appointments," says José António Nhavoto.

Combining care and communication in his thesis project, José António Nhavoto has examined how text messages can be used in several different ways to improve care for patients linked to 16 healthcare centres in the Maputo region in his native Mozambique. The actual technology was already in place, but it was given a new scope and new content.

"The patients were undergoing treatment for HIV/AIDS or tuberculosis, diseases with among the highest mortality rate in the country. In addition, these diseases are stigmatising.

A very tangible result of the project was that the number of missed doctor's appointments reduced radically – from one in four to near enough none at all. This based on a patient group of 50,000.

The patients had four different types of text messages linked to their treatments. Two of them were reminders – of doctor's appointments and of picking up prescriptions. A third type was aiming at encouraging and motivating the patients to follow their treatments.

"The fourth message category focused on information, for example on how to avoid having others catching the disease and the possibility to test for HIV for free," says José António Nhavoto.

All text messages were anonymous but personal in as much as they were based on the medical records for each patient, which were held at the healthcare centres.

Inexpensive and easy to adapt

Using text messages for the improvement of care turned out to work very well in this project, both for patients and for healthcare staff. But the benefits do not stop there.

"The technology used is cheap and easy to scale up. It can be used for other diseases and in other countries. In India, mobile phones are widely used. Even in affluent countries such as Sweden, where many people own much more advanced phones, voice messaging or even video may well be a development of what we have done here," says José António Nhavoto.

He is now returning to Mozambique and is hoping to present his finding to the Ministry of Health and to various aid organisations. One advantage with the text messaging technology in a poor country is that it is cheap and that mobile phones are relatively common. But there are obstacles to be overcome:

"Women in rural areas in Mozambique are not allowed mobile phones so they are relying on their husbands. Neither do healthcare centres in certain areas have any computers, since there is no electricity. What people do have, however, is the possibility to charge their phones.

Using text messaging within healthcare in Mozambique is consequently not only a question of technology and healthcare as such, but it is also dependent on cultural and social conditions. And language. There are 43 different local languages, in addition to the official Portuguese used in this particular project.