Economic, religious and social mobility leads to a loosening of honour norms 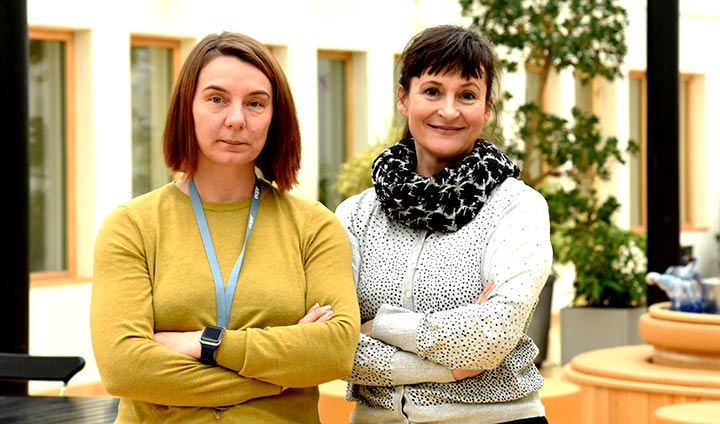 Honour norms benefit from isolation and segregation. Every twelfth ninth grader lives in a family where violence is used to control and protect the reputation of the family and extended family. These are some of the findings of a new survey of honour-based oppression in Swedish cities. Örebro University led the study.

The study comprises 235 face-to-face interviews and a questionnaire study of some 6,000 ninth graders in Stockholm, Gothenburg and Malmö. Among those interviewed are persons with personal experiences of living in some form of honour-based oppression. Included are also those who, in their work at various authorities and organisations, meet people subjected to honour-based violence or oppression.

"It is possible to distinguish patterns in the material. Honour norms benefit from isolation on the individual, group and community level. One example is segregation. This may be the result of living isolated as a minority, because of war or flight as a refugee, or discrimination in the housing and job markets, etc. Another is racism," explains Rúna Baianstovu, a researcher in social work at Örebro University and who headed up the study.

On the other hand, the study shows that economic, political, religious and cultural mobility make it more challenging to uphold honour norms.

Seven to nine per cent

In addition to the interviews, the study includes a questionnaire to some 6,000 ninth graders in Stockholm, Gothenburg and Malmö. They were asked to respond to questions about relationships, experiences of violence and restrictions in the home, at school and during their spare time. The results show that between seven and nine per cent of the youth live in a family where violence is used to control and protect the reputation of the family and extended family.

"The amount of youth living with violent norms doesn't differ much between these cities. But when it comes to those that are required to retain their virginity and abstain from potential love relations until they marry, Malmö sticks out. Twenty per cent are subjected to virginity norms," says Sofia Strid, gender researcher at Örebro University and responsible for the quantitative substudy.

The results from Malmö are higher than both Stockholm and Gothenburg, where 10 and 13 per cent are living under virginity norms.

"Girls are mostly the victims. The majority of these youth live in socially disadvantaged areas. Our research shows that the risk of being a victim of honour-based oppression is greater in religious families and in families where the mother is not gainfully employed," says Sofia Strid.

Another conclusion is that the majority of the subjected youth have low trust in the police and social services, but 70 per cent would turn to a teacher or school nurse if they needed help.

"It is, therefore, our recommendation that schools develop groups that have an understanding of honour-based problems and who can take care of pupils with an open mind," says Rúna Baianstovu.

At the same time about half of the ninth graders who were the subject of honour-based violence repeatedly, did not believe that they were in need of help. The reason for this is that they did not think someone else would understand and their situation at home would only worsen.

"The measures taken by society are also affected by stereotypes of certain groups. The consequences are that the victims of violence would rather be punished on the individual level and abstain from seeking help than expose themselves and their group to discrimination," says Sofia Strid.

The study of honour-based violence and oppression has led to recommendations in many areas – among these schools, social services, out of school activities and preventive measures – which the cities may use. Rúna Baianstovu and Sofia Strid agree that the study should be followed up with an interview-based survey among youth.

"We have now interviewed individuals with experience of honour-based oppression and societal measures. These people are today living under stable circumstances. We have missed however those who haven't received help as well as those who, despite receiving help, still live with honour-based violence," says Rúna Baianstovu.