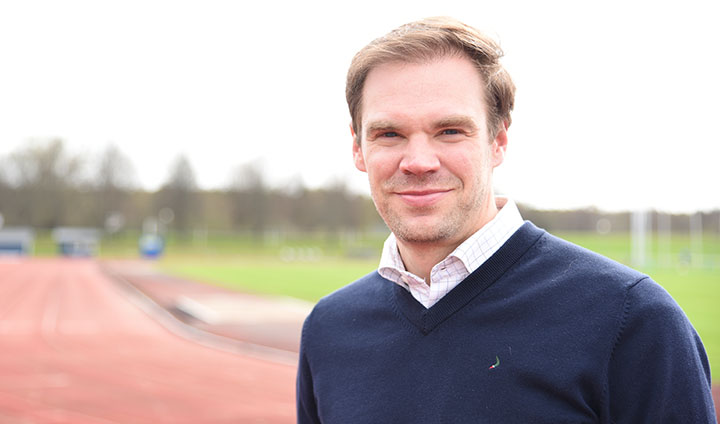 Physical activity and eating right are extra important for women, to maintain their muscle mass and functional ability. Peter Edholm talked about his research at the Swedish Association for Physical Activity and Sport Medicine’s (SFAIM) annual meeting, where he also received an award for best presentation.

“It sneaks up on us. Many may notice that they begin to find it difficult to get up from low chairs or to climb up on footstools. These types of activities are dependent on what we refer to as explosive capacity, which we lose first – and to a greater extent than our maximal strength,” says Peter Edholm, doctoral student in Sport Science at Örebro University.

“We applied a nutrition plan rich in omega-3 fatty acids. These are found in foods like oily fish, rapeseed and walnuts, but may also be consumed as supplements in the form of fish oil, and they have anti-inflammatory properties.”

“The diet we chose was based on previously conducted studies that showed that the reason for ageing persons losing muscle mass and functional ability was the occurrence of low-grade chronic inflammation,” explains Peter Edholm.

Those women who combined weight training with the omega-3 diet increased their muscle mass, and their improvements in explosive capacity and increases in functional ability were more significant than compared to the weight training-only group.

“They also increased their muscle mass – and that is important. If you get stronger without increasing your muscle mass, then your strength increase depends solely on improved coordination between nerves and muscles. That is so say, you use your existing muscles more efficiently.”

“Unfortunately, this type of adaptation is quickly lost if exercise is paused. Increased strength as a result of increased muscle mass is more sustainable and is worth striving for,” says Peter Edholm.

Only resistance training increases muscle strength, but cardio training can contribute to maintaining the muscle mass you already have.

“Our research shows that it is never too late to begin exercising. And it does makes a difference. From everyday mobility to being able to regain your balance if you slip – and avoid an accident.”

Peter Edholm is a doctoral student at Örebro University and researches how physical activity, exercise and nutrition affect muscle mass and functional ability in ageing. He also works with both recreational and elite athletes, government agencies and industry with development work, evaluation, advice and support to optimise health and performance.

He has conducted the study with supervisors Fawzi Kadi, Andreas Nilsson and researchers at the Metabolism, Inflammation and Physical Activity Research Group.