The study is done in collaboration with Professor Bo Söderquist at University Hospital Örebro and published in Frontiers in Microbiology.

Örebro researchers have found antibiotic-resistant bacteria in household wastewater in Örebro and in wastewater from Örebro University Hospital. The bacteria have also been found in the water outside the wastewater treatment plant in the River Svartån. However, the samples taken from Hemfjärden, where the River Svartån meets Lake Hjälmaren, came out relatively clean.

The primary focus of the researchers is not the bacteria as such, but the bacteria’s genes. More specifically the genes that protect bacteria against antibiotics.

“What we have studied is whether genes that make bacteria resistant to antibiotics can be found in the water,” says Jana Jass, professor of biology at Örebro University.

They have not focused on which bacteria the genes are found in or whether the bacteria are harmful.

“It is not surprising that there are genes for antibiotic resistance in the water, but we were looking for the more rare genes that give resistance to the antibiotics that are currently our only weapon against multidrug-resistant bacteria,” says Faisal Ahmad Khan, PhD student at Örebro University. The study is part of his PhD thesis.

“Nevertheless, it is alarmingthat a large amount of these genes exist in the environment, since they can transfer between different bacteria,” says Faisal Ahmad Khan.

Have not been found in the natural environment in Sweden

This is especially true for the so-called Gram-negative bacteria with thin cell walls and the ability to easily pick up new genes. These are the bacteria that the new antibiotics are already struggling to fight. They also top WHO’s list of the bacteria that are viewed as posing a great threat in the future.

“Until now, the antibiotic-resistant genes for the new antibiotics have not been found in the natural environment in Sweden. Most likely because they exist in small quantities and the methods used have not been sensitive enough to detect them,” says Faisal Ahmad Khan.

For this study, the Örebro researchers have taken water samples at six different sites in total. Two of them to analyse the wastewater from Örebro University Hospital both separately and together with household wastewater. 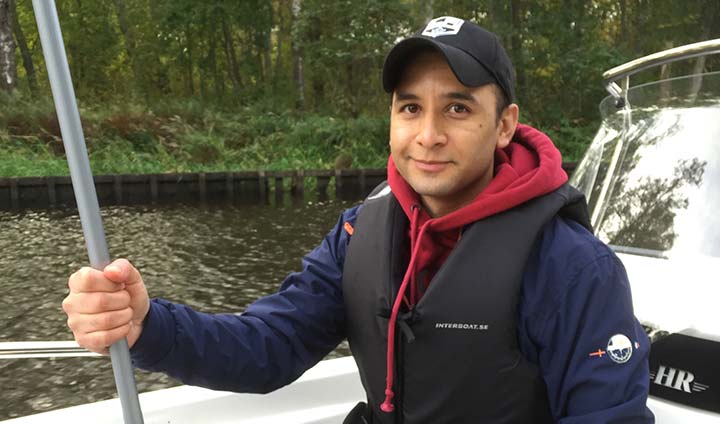 The researchers took samples from six different sites, three of them in Svartån.

Cleaned water leaving the treatment plant was also analysed, and three samples were taken in the River Svartån and Lake Hjälmaren: one outside the wastewater treatment plant in the river, one a few kilometres upstream the river, as well as one in Hemfjärden – the shallow westernmost part of Lake Hjälmaren where the River Svartån flows into the lake.

“It was not surprising to find the high numbers but rather which antibiotic-resistant genes were found. Moreover, they make their way through the wastewater treatment plant since we also found them in samples from outside the plant in the river,” says Faisal Ahmad Khan.

“Upstream the River Svartån, however, only low levels were recordedand further out into the lake, we cannot find them. That’s good news. Either there are so few of them that we can’t find them, or the bacteria that have these genes have died,” says Jana Jass.

The bacteria that carry the resistance-providing genes may well have originated from several sources – not just from the hospital or households. Another carrier may for instance be migrating birds.

“In Sweden, there is a strict antibiotics management regime, but we are nevertheless affected by what’s going on in other countries. For instance, we bring multidrug-resistant bacteria with us when we’ve been on holiday. We don’t even need to go that far – a trip to the Mediterranean will suffice,” says Jana Jass.

“Often, we don’t even notice them and they enter the water via urine and faecal matter. If we get ill and need antibiotics, the drug prescribed may not have an effect,” says Faisal Ahmad Khan. 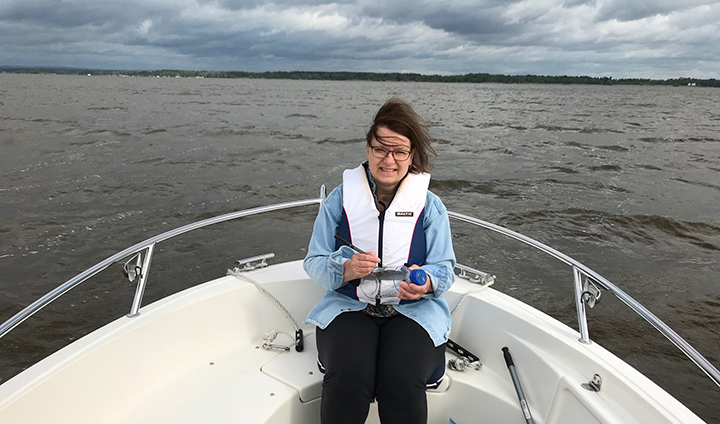 “That study caused quite a stir because it was the first time they were detected in the environment in Sweden and in a way, that was good. It was a real wake-up call. But while it’s high time we take measures, we mustn’t panic,” says Jana Jass.

We will continue to take samples

The Örebro researchers believe that it is important to map the prevalence of these bacteria in the environment but point out that the levels in Sweden are generally low. Multidrug-resistant bacteria are significantly more common in Southern and Eastern Europe. In Europe, over 25,000 people die each year as a result of infections that are caused by multidrug-resistant bacteria.

“We will continue to take samples. In addition, we are studying the possible effects of climate change on these bacteria in a project where we compare Sweden to other countries, including India and Ethiopia,” says Jana Jass.

In India, high levels of antibiotic-resistant bacteria are found and the problems are so much bigger there. Antibiotics are used on a much larger scale and the climate provides favourable conditions for bacteria.

“We are looking into how increasing air and water temperatures affect bacteria,” says Jana Jass.

According to the researchers, the Örebro study should be a warning signal and they hope that it will lead to further action, reducing the number of bacteria entering the environment.