“The media image of the Roma legitimises racism” 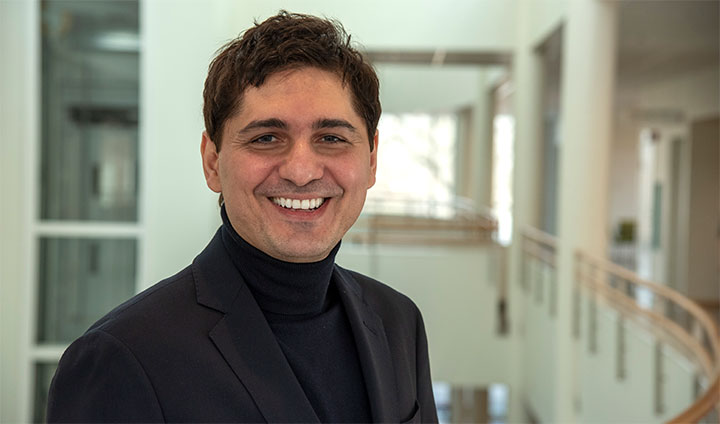 “By problematising the way in which Roma is represented in the media and on social media platforms, a change is possible,” says Petre Breazu.

Racism and xenophobia against Roma are expressed subtly in traditional Romanian media. In social media, however, racism takes more extreme forms, as shown in a doctoral thesis by Petre Breazu, PhD in media and communications studies.

Link to the doctoral thesis "Representing the Roma in Romanian Media: A Multimodal Critical Discourse Analysis."

In his thesis, Petre Breazu has examined how the Roma are depicted in Romanian newspapers, TV news and social media since the country joined the EU in 2007. His analyses show that racism and xenophobia against the Roma community take different expressions on different platforms.

In traditional media, like newspapers and TV, racism is expressed more subtly and hidden.

“A piece on how Roma are evicted from their homes can for instance be illustrated by a picture of supportive police officers helping people on a walk in the sunshine, while a report from Amnesty International describes how women, men and children were chased off by dogs while their homes were bulldozed to the ground,” says Petre Breazu.

“The violence used against Roma is blurred, both visually and in the language used. The reason, of course, is that we live in a time of political correctness, where the media want to avoid being accused of racism.”

In social media on the other hand, racism reach different levels altogether. Petre Breazus’s analyses show that we are talking about extreme verbal abuse and demands for clamping down on the Roma community. Sometimes, humorous elements are used to disguise the racism.

“The Roma are likened with animals or excrements in a way that is meant to sound like a joke. In the same way, calls for ethnic cleansing may be expressed with a humorous twist,” says Petre Breazu.

He says that the negative image of the Roma has been prevalent in the media for such a long time that it has become normalised. This applies especially in Romania, where xenophobia and racism against the Roma have thrived for centuries.

“I myself grew up in an area of Romania with a large Roma population, and to me it is obvious that there is great diversity also in the Roma community, both in terms of education, socioeconomic status, level of ambition and social habits. But this diversity is rarely depicted in the media.”

For this reason, argues Petre Breazu, traditional media have a great responsibility when it comes to how Roma are depicted in newspapers and on TV. He is calling for an increased number of independent bodies able to examine and audit media outlets and bring the hidden racism into the light.

“We know that racism, like other forms of discrimination, can be challenged and action can be taken to prevent it. I am hoping my research will contribute to this. By problematising the way in which Roma is represented in the media and on social media platforms, a change is possible,” says Petre Breazu.