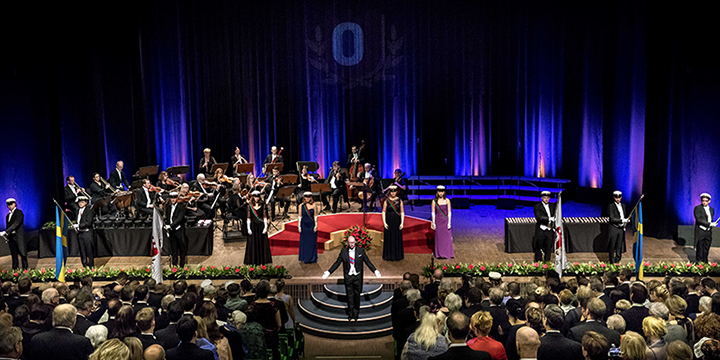 Every year in February, Örebro University is staging its academic celebrations. The festivities start on the Friday with the Vice-Chancellor’s reception and academic celebration concert. The Saturday offers popular science lectures at the Conventum Conference Centre in the town centre, followed by a conferment and award ceremony and ensuing banquet at the University. 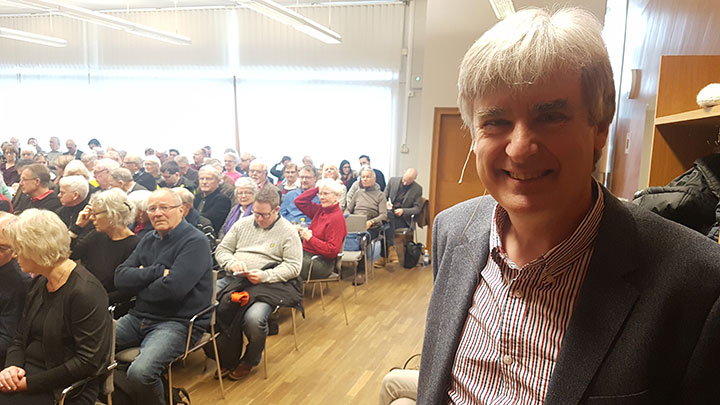 Thomas Dausgaard, Chief Conductor of the Swedish Chamber Orchestra and new honorary doctor at Örebro University, pulled in the crowds during Saturday morning’s popular science lectures at Conventum. In his talk, he accounted for a connection between Beethoven and Örebro – with Jean Baptiste Bernadotte, later King Karl XIV Johan, as the link between the two.

Bengt Jönsson chose to listen to Eewa Nånberg who is researching the impact of chemicals on our health. “This is very topical, and I will follow the developments in research.” 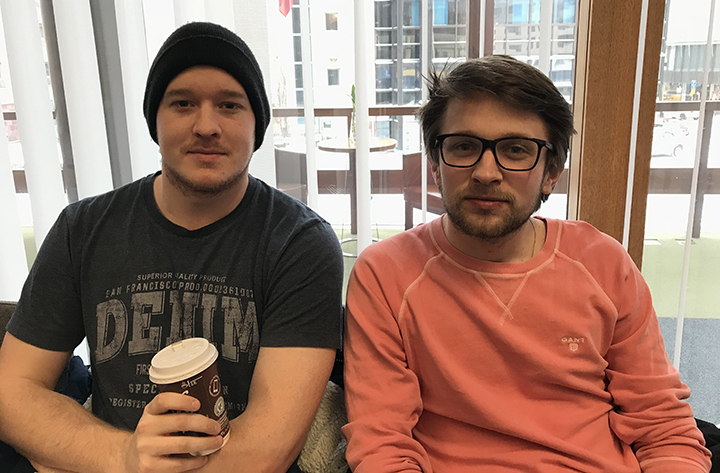 Nursing students Björn Johansson and Jacob Ölander came to hear Karin Hugelius talk about her research with regard to people’s needs and recovery following natural disasters. “It was interesting and as future nurses, we were also able to relate to the subject.” 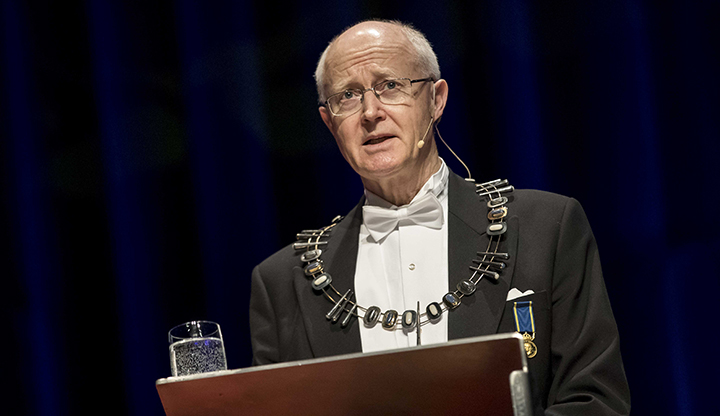 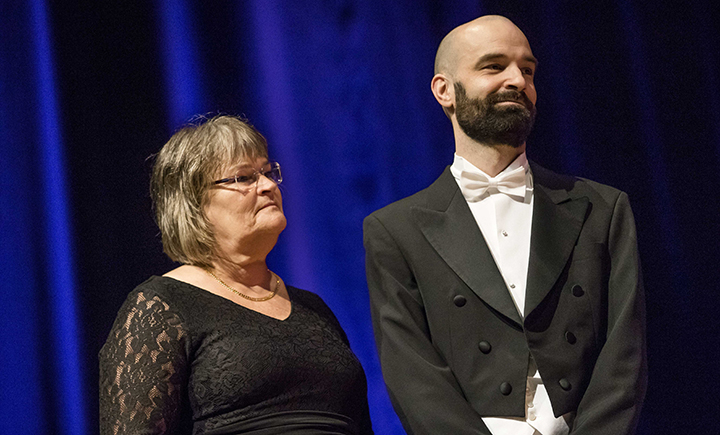 The recipients of Örebro Student Union’s Excellent Teaching Award 2017: Inger Adolfsson, social work, and Eric Borgström, Swedish language. Extracts from the nominations: “Inger is an amazing teacher who brings her cheerful nature into every class and has an approach to help us to work forward” and “Eric is a wonderful educationalist and he represents what we as teacher students regard to be the ideal teacher." 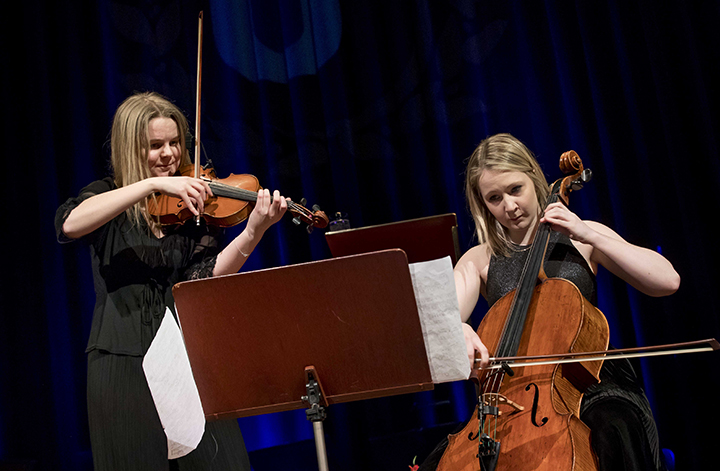 School of Music, Theatre and Art students Johanna Petersson West, violin, and Carys James, cello, performed at the ceremony. There were also performances by Olaus Petri Vocalis and the Swedish Chamber Orchestra. 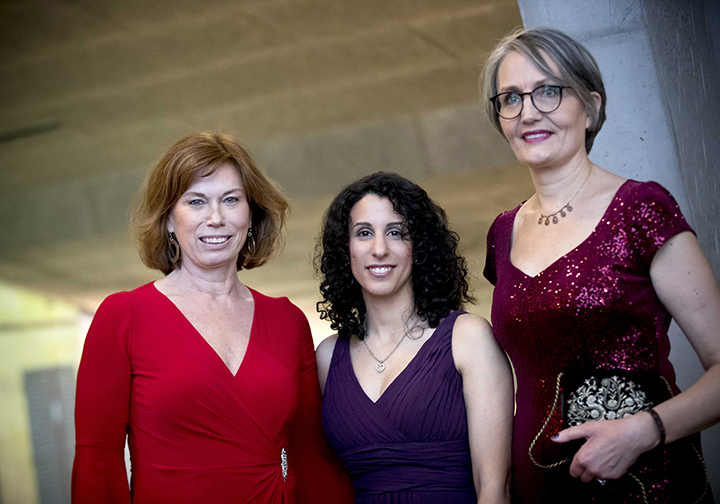 After the ceremony, the guests had time to mingle before the banquet. Mischa Billing, Senior Lecturer, Amy Loutfi, Professor of Computer Science, and Åsa Öström, Professor of Culinary Arts and Meal Science. 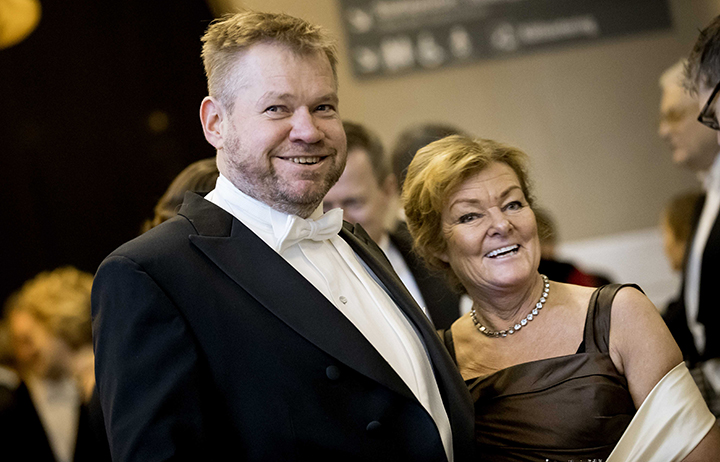 Magnus Johansson and Marie Öhman, two of the four new professors inaugurated at the ceremony. 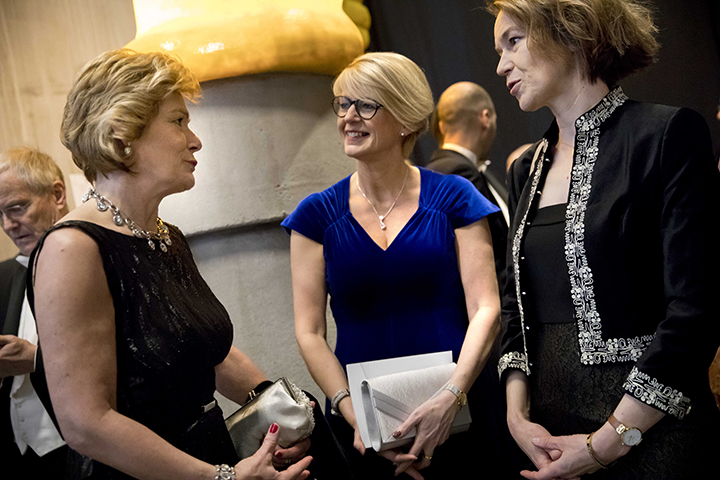 County Governor Maria Larsson, Elisabeth Svantesson, politician and alumna from Örebro University, and Olivia Wigzell, Director-General of the National Board of Health and Welfare and Chair of Örebro University Board of Governors. 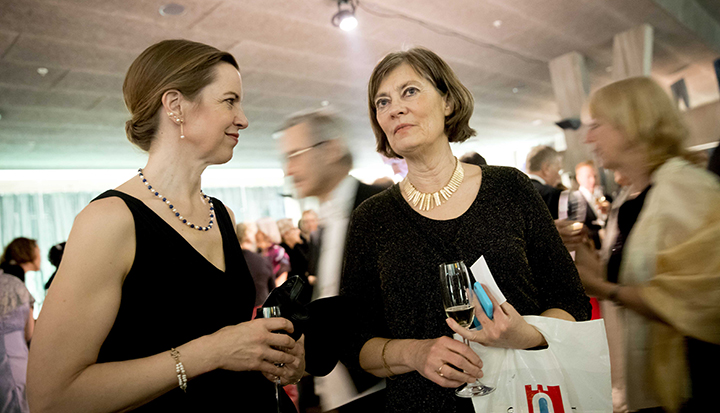 Karin Oldgren, Director Musices and Monica Wettler, Academy Steward and Project Manager of the Academic Celebrations – on this her last year in that role. 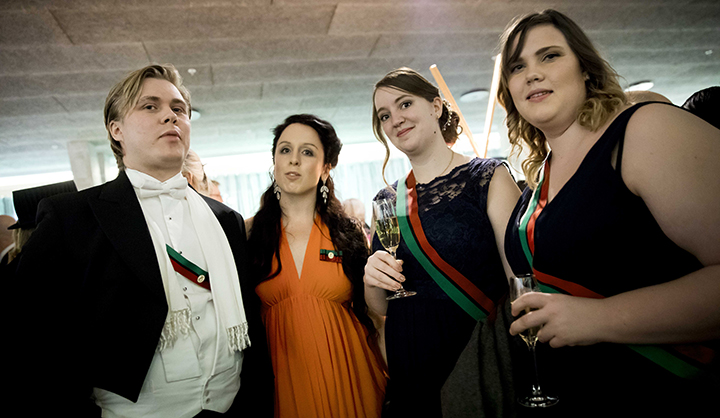 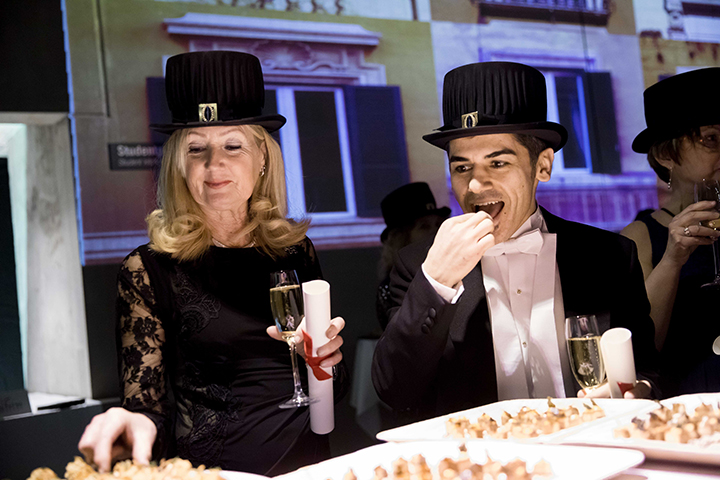 Christina Zetterlund and Dara Rasoal were both conferred their doctoral degrees in medical science. 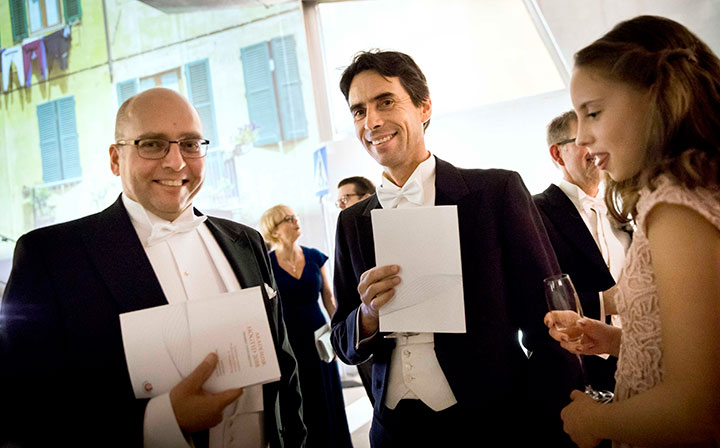