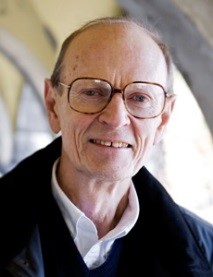 Olweus is generally recognized as a pioneer and founding father of research on bully/victim problems and as one of the leading experts in the world in this area. The book Bullying at School: What We Know and What We Can Do (Blackwell/Wiley, 1993) has been published in 20 different languages.

The Olweus Bullying Prevention Program (OBPP), has been implemented in almost 500 elementary and lower secondary (junior high) schools in Norway alone. The program has been systematically evaluated in seven largescale studies comprising more than 30,000 Norwegian students. OBPP has also been successfully implemented in several other countries including Iceland, Sweden, Lithuania, and in particular, the United States. Dan will present findings and long term effects after the implementation of OBPP (6-8 year).

Olweus has received a number of awards and recognitions for his research and intervention program including the 2003 Award for Distinguished Contributions to Public Policy for Children by the Society for Research in Child Development and the 2011 Award for Distinguished Contributions to the International Advancement of Psychology by the American Psychological Association.

School bullying: Historical glimpses and basic facts
In his keynote, Dan Olweus will present and address an array of facts, myths, and important, potentially controversial issues in research on bullying.  These include the definition and measurement of bullying, prevalence and short- and long-term characteristics of the main actors, prevalence and impact of cyberbullying, estimation of societal costs due to bullying, and short-and long-term effects of the Olweus Bullying Prevention Program. He will also sketch how his own interest in this area began and the first scientific study of the problem of school bullying was initiated in the early 1970’s.