Peter Smith is Emeritus Professor of Psychology, Unit for School and Family 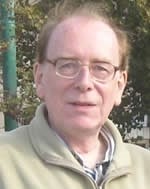 He was the Chair of the European Cooperation in Science and Technology Cyberbullying Action (COST ACTION IS0801) from 2008-2012, and was PI of a project Bullying, Cyberbullying, and Pupil Safety and Wellbeing, financed by the Indian-European Research Networking in the Social sciences initiative (2012-2015). He is currently co-PI (with M. Samara and others) of a project Comparative study of cyberbullying in Qatar and the UK: risk factors, impact on health and solutions, financed by the Qatar National Research Fund (2013-2016).

In 2015 he was awarded the William Thierry Preyer award for Excellence in Research on Human Development, by the European Society for Developmental Psychology.

Cyberbullying in young people: An overview of its nature and impact
Cyberbullying is a lifespan phenomenon, but has been of special concern among adolescents and young people, in and out of school.  The phenomenon is mainly one of this century, and (unlike traditional or offline bullying) has increased in recent years. The volume of research on the topic has also increased dramatically.  I will review the main trends of this research and what we have found out, covering definitional issues, forms, prevalence, age and gender differences, other risk factors, and the negative consequences for all involved. I will conclude by considering the resources and interventions that are being developed to reduce cyberbullying, and any evidence for their effectiveness.