120 million for a new centre for inflammation research 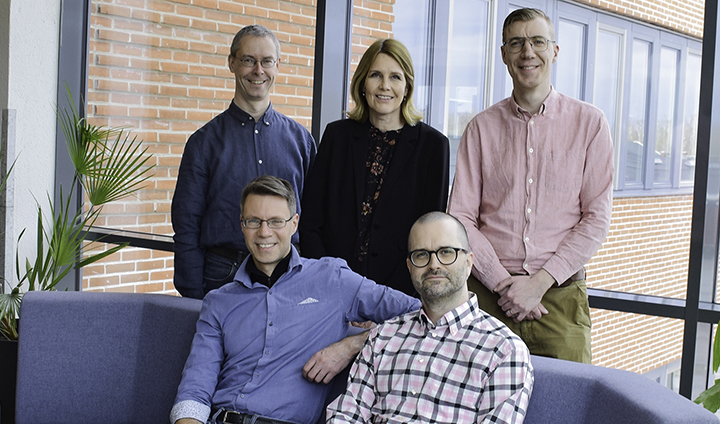 Inflammation contributes to many endemic diseases, such as cancer, diabetes and cardiovascular disease. Therefore, researchers at Örebro University are taking on inflammation with an entirely new approach. They have now received SEK 48 million in funding from the Knowledge Foundation – in addition to the initiative’s co-funding from six companies and the university, for a total of SEK 120 million.

The Knowledge Foundation is co-funding research and continuing professional development at Sweden’s new universities and university colleges – when in collaboration with the private sector.

In connection with X-HiDE, Örebro University, the participating companies and the Knowledge Foundation are investing some SEK 120 million over eight years.

“We must first understand the underlying inflammatory mechanisms to be able to improve the diagnosis, prognosis and treatment of many of our endemic diseases,” says Eva Särndahl, professor at Örebro University. She is director of the research environment iRiSC, which heads up this new initiative.

Commonly, inflammation research examines a specific disease, making it difficult to translate knowledge from one disease to another. Researchers in Örebro have therefore taken an atypical approach and are focusing on the inflammation itself.

“This allows us to get specialised knowledge on how inflammation acts regardless of the disease. This knowledge can be used to understand the effects of inflammation on other types of diseases,” says Robert Kruse, docent at the Clinical Research Centre, Region Örebro County, and Örebro University.

“This has not been done before. It is a unique approach,” adds Robert Kruse.

Inflammation can be divided into various basic types, for example, acute inflammation, low-grade chronic inflammation and resolution of inflammation. Researchers will draw up detailed mathematical models for these, built on available knowledge in databases as well as data from patients and studies of cell models.

“Picture these models as a large network. We’ll be able to see what the various types of inflammation have in common and what makes them different,” explains Robert Kruse.

In the next stage, researchers will apply knowledge on inflammation to different diseases. In turn, the feedback provided will enable further development and fine tuning of the models.

“Since there are a number of common denominators for researchers on endemic diseases, everyone can contribute and get something in return,” says Robert Kruse.

There are many reasons why work is getting started right now. The pharmaceutical industry has expressed the need and technical developments have made it possible to collect and analyse large amounts of data.

“With access to the researchers and the inflammation models that are included in the centre, we are hoping to get specialised knowledge on inflammatory signalling in cancer. We also get the opportunity to test our substances in new, refined inflammation models which can give rise to new projects,” says Martin Andersson, head of research at Sprint Bioscience, one of six companies participating from the start. “Örebro University’s medical research and its research environments are now robust enough that we feel that the university is ready for this challenge,” says Eva Särndahl.

Örebro University has received funding from the Knowledge Foundation for what is known as a research profile. It is a field of research where the university can make significant contributions and distinguish itself – not only nationally, but internationally as well.

“At the same time, it’s a project that isn’t possible without collaboration from outside academia,” says Eva Särndahl.

The new profile connects not only different parts of the university but also Region Örebro County as well as international academic research centres and industry.

“Participating companies not only contribute with distinctive competence but also with experience and interest in education,” adds Eva Särndahl.

The idea is to establish an internationally prominent and competitive centre where researchers, physicians, students and companies can collaborate and exchange knowledge.

“That is why we will build for the long-term while assuming a dynamic and adaptable approach so that participating partners are involved in how the centre is to develop – also those partners that aren’t on the team from the start,” explains Eva Särndahl.

“We are hoping that researchers from many different fields will want to join us and contribute. Research on inflammation is also about preventing disease. This could include diet and exercise, just to name one example,” says Robert Kruse.

“It is extremely pleasing that the university's strategic initiatives on inflammation research have received this substantial grant from the Knowledge Foundation and that the Life Sciences industry acknowledges the quality and potential of our research through their contributions. X-HiDE will also contribute actively to research within Örebro University’s major research initiatives on Successful ageing and the focus area Food and health,” says Johan Schnürer, vice-chancellor of Örebro University.

The centre is slated to be launched on 1 November. Until then, several new researchers will be recruited and all paperwork completed.

“This takes time since we are recruiting internationally,” concludes Eva Särndahl.

The research environment iRiSC was started in 2013 as a collaborative network by researchers within inflammation and infection research. It pulls together biomedical knowledge and clinical experience. Its goal is to understand immune system mechanisms. The environment is one of the university's fastest-growing and the research profile X-HiDE is its next step in development.

Commonly, inflammation is associated with an infection, but can have other causes – injuries, allergies or disease. Inflammation is part of the immune system.

Inflammation is there in the background and affects many different endemic diseases such as cancer, diabetes and cardiovascular disease. It also plays a role in mental health problems and obesity.

The four basic types of inflammation on which researchers will build their models are acute inflammation, immunoparalysis, chronic low-grade inflammation and inflammatory resolution.