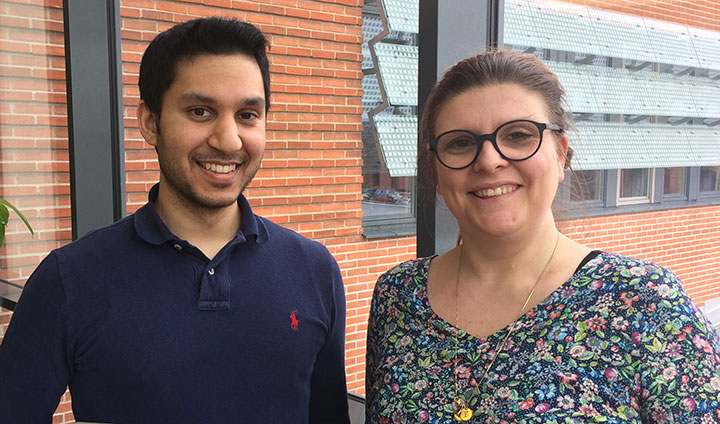 Older persons with stomach problems not only show signs of a weak intestinal barrier, but they have poorer psychological health as well. This is shown in a new Örebro study – with orienteers as study role models. The study is another step in the search for successful ageing.

The intestine has two functions. One is to absorb nutrients from the food we eat. The other is to act as a barrier and protect the body from harmful substances.

“We have examined veteran orienteers previously, and they have turned out to be a potential model for healthy ageing. They train both their bodies and minds, as well as socialise with people of all ages,” says Ida Schoultz, researcher in medicine at Örebro University.

Orienteers are the healthiest group

The new study shows that orienteers are the healthiest group – they have good gastrointestinal health and the lowest levels of stress, anxiety and depression. This despite the fact that it is the elderly group without stomach problems that has the densest intestinal barrier, not the orienteers.

“Generally speaking, veteran orienteers are healthier than the other group of elderly without stomach problems. Being part of a social community and physical activity, most likely makes a big difference," says John-Peter Ganda Mall, doctoral student in biomedicine at Örebro University.

The study also shows that the group with moderate stomach problems have a less dense intestinal barrier and have poorer mental health. The group that researchers examined have no diagnosed stomach disease but mainly issues with constipation and diarrhoea.

“We are already aware of several diseases – inflammatory bowel disease and depression – being connected to a weaker intestinal barrier,” says John-Peter Ganda Mall.

Researchers have measured protein levels in the blood which indicate the barrier function in the small intestine. They have also confirmed the results with bowel tissue samples. The next step is to examine if prebiotics can strengthen the intestinal barrier and help elderly with a weaker barrier function. Prebiotics are dietary fibre that does not break down in the intestine but instead becomes nutrition for health-promoting bacteria.

“In ongoing studies, we have seen that elderly as a group eat less fibre. Low fibre consumption is also connected to some bowel diseases. Therefore, it is good to eat high-fibre foods like whole-grain bread, vegetables and fruit as you get older,” says Ida Schoultz.

“We are testing the same prebiotic fibre that we have seen having positive effects on the intestinal barrier in patients with Crohn's disease,” says John-Peter Ganda Mall.

The study on patients with Crohn's disease was published in the reputable journal Inflammatory Bowel Diseases in February this year in collaboration with Linköping University. It shows that prebiotics can strengthen the intestinal barrier and prevent stress from inducing increased intestinal permeability.

“This is why we are investigating if prebiotics will have the same result among the elderly,” says John-Peter Ganda Mall.

The results of this study will be presented in John-Peter Ganda Mall’s thesis later this spring.