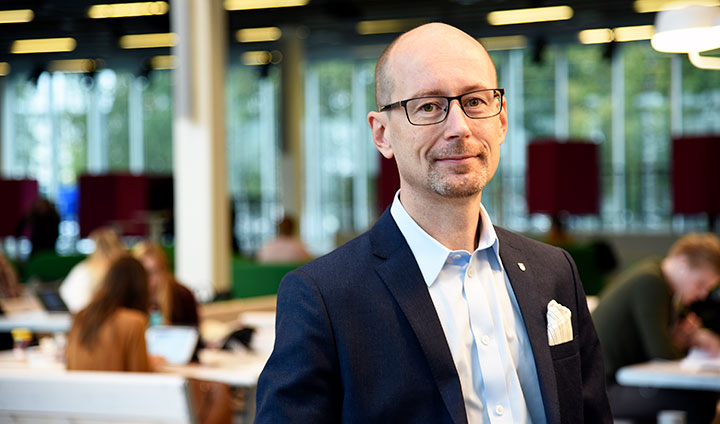 Magnus Lodefalk is a docent and senior lecturer in economics at Örebro University School of Business and a researcher at the Ratio Institute, Stockholm.

Örebro University will participate in an international project concerning education and research on global trade in services and investments. “The idea is to form an international network in this area,” says economist Magnus Lodefalk.

The three-year project is multidisciplinary and includes economics, business administration, law and statistics. It is headed by the University of Adelaide in Australia and funded by the EU programme Erasmus+. In addition to Australia, several universities and research institutes from Asia and Europe will participate. Among these are the Swiss World Trade Institute, the Chinese University of Hong Kong and the National Tsing Hua University in Taiwan.

“What makes the project a bit unique is that it includes research institutes and universities from three continents,” says Magnus Lodefalk, docent and senior lecturer in economics at Örebro University School of Business and researcher at the Ratio Institute, Stockholm.

Member of the steering committee

He explains that it was via his colleague Hildegunn Kyvik Nordås, a visiting professor at the School of Business, that Örebro University became part of the project.

“She received an invitation to take part in the project from a person she knows at the University of Adelaide,” says Magnus Lodefalk.

Both will represent Örebro University in the collaboration which has been named the Trade and Investment in Services Associates (TIISA) Network. Magnus Lodefalk will also be on the steering committee of the project – which starts early next year, even though preparations will get under way already this September.

The basic idea is to form a network of people researching or teaching in the field of international trade in services and investments.

“Even though this is a fairly new field, both regarding education and research, I have already contributed to the research in the area.”

Magnus Lodefalk says that the Swedish business sector is increasingly focusing on service content, also within manufacturing, that more and more people are working with it, and that international trade in services is increasing.

“Therefore, this is an area that is becoming increasingly important both to research and to teach in,” he explains. 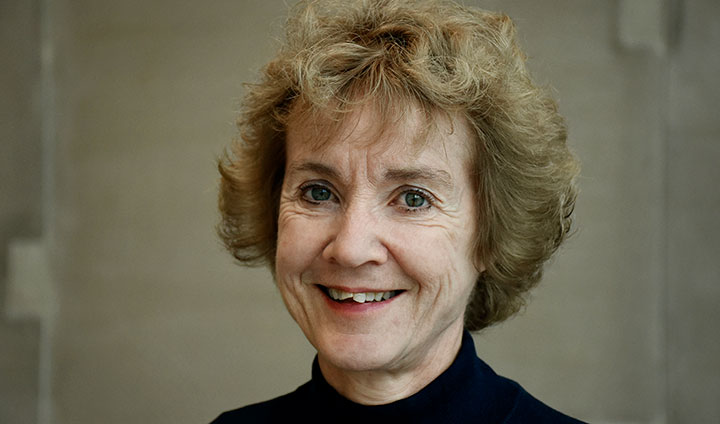 Hildegunn Kyvik Nordås is a visiting professor at Örebro University School of Business.

The TIISA Network wants to connect people working with these questions by arranging workshops, quarterly seminars and an annual conference. Scholarships will also be made available for younger researchers and doctoral students. Also, regular newsletters and a website are planned, as well as researcher and student exchanges.

“For example, I can visit a university in Australia or Asia while someone else comes to Örebro for research,” says Magnus Lodefalk, and continues:

“In this way, we hope to promote education and research in the area, but the aim is also to reach out to other researchers and society as a whole. Seminars will not only be for academics. People from the business community, policymakers and other interested parties will be invited to participate.”

Örebro University will be responsible for several activities, such as some of the seminars. Even one of the annual conferences may be held here. EU funding will cover the costs of all activities, trips and more.

“There will be some travel, although many of the activities are to take place over the web.”

Magnus Lodefalk, who has extensive experience in analysing and lecturing on international trade and trade policy, is very pleased that Örebro University will be part of the TIISA Network.

“It’s exciting, and I believe it will lead to new and closer contacts for Hildegunn, myself and several others. It may also lead to new research grant applications.”

Facts on trade in services

Another way of defining trade in services is to use the four modes of supplying services used in the WTO General Agreement on Trade in Services (GATS):

• Cross-border supply: when a service is delivered from one country’s territory to another (for example, telephone calls made over a national border).

• Consumption abroad: when a person or company consumes a service in another country (for example tourism).

• Commercial presence: when a company establishes itself in another country (through, for example, subsidiaries).

• Presence of natural persons: when a person visits another country temporarily to deliver a service (for example, consultancy work).