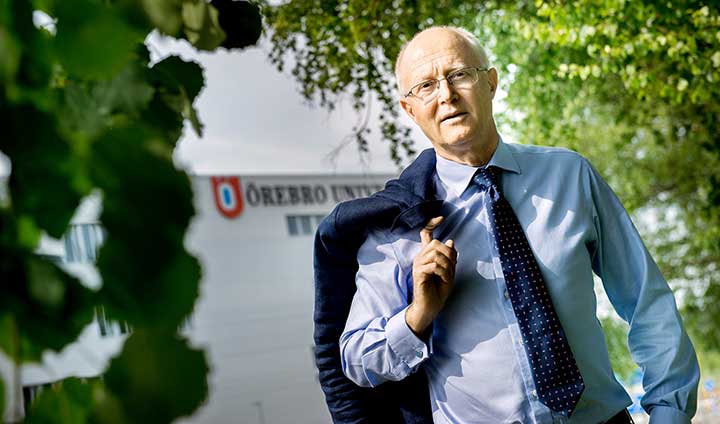 The autumn semester has started in earnest and it is amazing to once again see students and faculty on campus.

It is also amazing to see the vast creativity of our teaching staff when it comes identifying COVID-secure and pedagogical practices for teaching and learning – that at the same time provide our first-year students with a worthy introduction to university studies and life on campus.

Currently, the pandemic outlook in Sweden is less bleak than it was, but the winds may quickly change.  On Monday, the WHO regional director for Europe sounded a note of caution, saying that Europe has to brace itself for a significantly more serious situation in October and November. The end of October is also when policymakers expect higher education institutions to carry out the Swedish Scholastic Aptitude Test (SweSAT). 25 October is the last date for this if the scores are to be available in the application process for the spring semester.

At the end of the summer, the vice-chancellors of the 21 higher education institutions tasked with organising the SweSAT, and the Swedish Council for Higher Education (UHR) all made the assessment that the test cannot be offered in a safe and legally certain way, while eliminating the risk of cheating. The matter has since, unfortunately, led to both political discord and the director general of UHR, Karin Röding, stepping down from her post. And with that, the Swedish civil service is losing one of its most knowledgeable figures within higher education and research. The government has removed the responsibility for SweSAT from the higher education institutions. Instead, we are to assist UHR in organising the test. Former State Secretary Peter Honeth has also been given the role as national coordinator at UHR. Last week, the 21 vice-chancellors were called to an evening meeting with Peter Honeth. The message from the government is that the test is to be carried out – in a COVID-safe way – with the number of participating students cut in half. The university will do what we are required to do. Let us just hope that this will not lead to a rise in infections.

Last week, the university board had its annual strategy conference and board meeting. A large part of the time was naturally devoted to discussions about the future development of the School of Hospitality, Culinary Arts and Meal Science (RHS). More information about the board decision and the new development project for RHS, based on the concept “Grythyttan and Örebro – nodes in a gastronomic knowledge system” can be found on our website (in Swedish). We hope that many of those who have got involved in the discussions, also in a more tangible way can now contribute to the future development of RHS and related operations. We have already received immensely constructive proposals from the leadership of Hällefors Municipality. I have no doubt that the leadership at RHS and the ENT faculty, with support from the development project, will secure a good future for RHS.

You have previously been able to read about the university’s fine performance in both the THE and Shanghai rankings. These are based on a number of assessment criteria where we perform particularly well in terms of citations (bibliometrics). In 2020, we have for the first time also been included in the Leiden ranking, which exclusively looks at bibliometrics. This bibliometric assessment is far more demanding than those of the other rankings. The selection is also based on strict publication criteria, which of course makes the acknowledgement especially welcome.

I started writing this blog post on 15 September, on the United Nations’ International Day of Democracy – a democracy which in many parts of the word, including in Europe, is under serious threat. A democratic society requires free media and an independent judicial system, but also prominent higher education institutions where both academic freedom and institutional autonomy are safeguarded. The university therefore gives its wholehearted support to the government in their proposal for an amendment to the Higher Education Act:

A general principle for the operations of higher education institutions shall be that academic freedom is to be promoted and protected.

Ps Speaking of vigilance towards threats, the pandemic is not over – so keep a safe distance, wash your hands and stay at home if you experience any symptoms.