Saab: “A great way to get started” 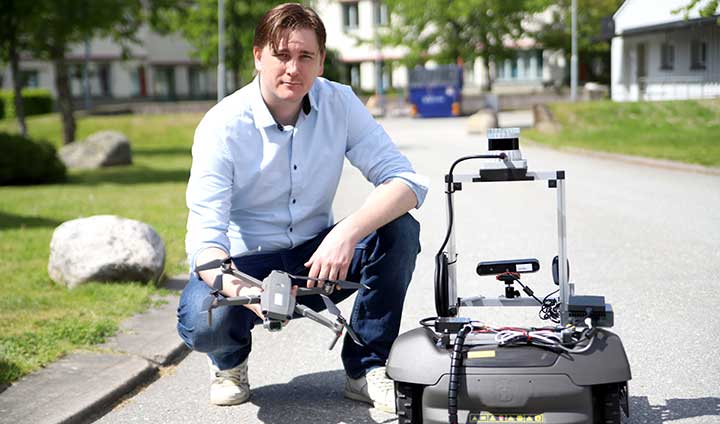 Martin Längkvist, AI researcher at Örebro University, has worked on getting a drone and a mobile robot on the ground to communicate with one another.

As part of the AI.MEE project Corob, AI researchers at Örebro University have worked together with Saab to teach robots to communicate.
“We’ve had a kickstart,” says Göran Backlund at Saab. 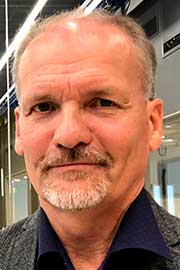 For Saab Dynamics, the goal is to develop an AI that makes robots more autonomous and better at cooperating. The company is looking to use the technique, for instance, for coordinating fleets of underwater robots.

However, working with robots under water is both expensive and demanding. Instead, researchers at Örebro University have set up a less complex scenario on land.

“This means that we at a fairly low cost can start looking at the basic principles for cooperating vehicles. We’ve had a kickstart,” says Göran Backlund, CTO at Saab Dynamics.

The project is a collaboration between Örebro University, Alfred Nobel Science Park, Region Örebro County and Saab, with funding from the European Regional Development Fund.