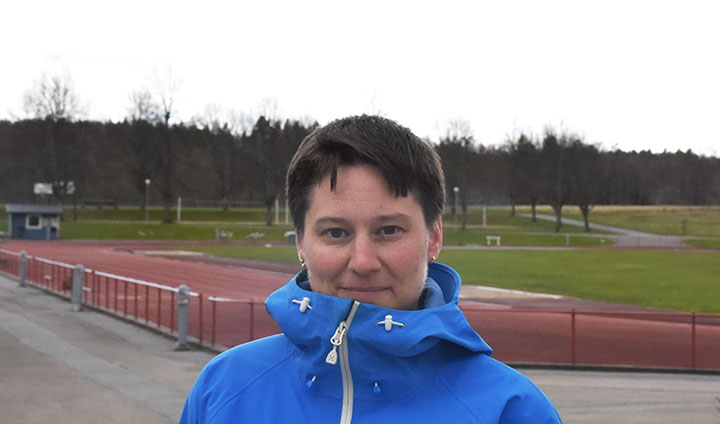 Susanna Geidne represented researchers in a European project on sports and health in the European Parliament.

A web site with practical examples of how sport associations can be better at promoting health. Representing the project's researchers, Susanna Geidne from Örebro University, presented the results of the European project at a seminar in the European Parliament.

“As a researcher, I found it exciting to work together with practitioners. Even if it is not so common, the dialogue we had made it easier to spread the results,” said Susanna Geidne, researcher in sport science.

The EU-funded project SCforH (Sports Club for Health) aims to systematically making health a part of organised sports. This work has been led by Finland and involved nine other EU countries, including Sweden, represented by Örebro University, the Swedish Sports Confederation and Örebro County Sports Federation.

Sports and health are like siblings, they are alike but not the same.

“You choose sports because you want to be active with sports. It is not certain that health has been considered. We believe that there is much to do to bring health into sports, which is more than just lectures about alcohol and carrots,” says Susanna Geidne.

The conditions for making health promotion a natural part of sports are good in Sweden according to her. The Swedish Sports Confederation's new strategy "Sports for Life" means that sports should be for as many as possible and for as long as possible, an opinion both elite and recreational sports. But there are obstacles:

“Sports should be open to everyone, but that is not the case. If you want to start playing hockey or football at the age of 12, there are no teams. And there should be opportunities even for 35 year olds. Or even 65 year olds,” says Susanna Geidne.

The EU project that is now ending has put forth guidelines for sports clubs to promote health, with models for how the work can continue. Even more focused on practice is a web site where clubs and federations can find examples of successful health promotion measures. Susanna Geidne and other project participants will continue in the roll of ambassador and promote the project's conclusions.

Is it anything controversial about linking health to sport?
"Not exactly, but one thing that can complicate things is that sports in Sweden and other countries is based on volunteers, such as parents getting involved. You cannot make too many demands. But it is possible to develop an organisation’s activities, to engage other target groups, such as attracting more girls to sports," says Susanna Geidne. She believes that broadening recruitment may provide opportunities for promoting health for more children, adults and the elderly.