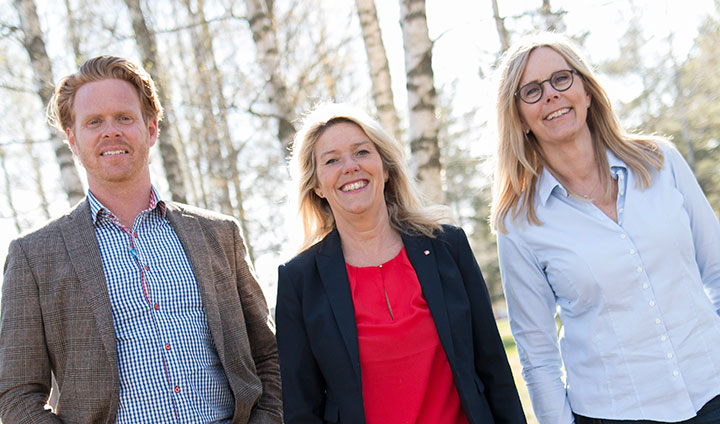 “It has been a long journey. It all started with my research findings and the idea that I could make a difference for patients who have been operated on and who go home the same day. We now have a CE marked medical device that is registered with the Swedish Medical Products Agency – and our first customer,” says Ulrica Nilsson, Professor of Nursing Science at Örebro University.

The IT solution developed by Ulrica Nilsson's research team, together with the company Nethouse, not only provides day surgery patients with safer care, but also provides healthcare with the opportunity to evaluate its care, thus providing a basis for quality improvements and cost savings.

“Patients should feel safe after surgery. Which has always been our top priority. The solution that we have developed puts them in control of their health and gives them the possibility of direct contact with healthcare,” says Ulrica Nilsson.

Last year she won the award for best digital innovation in Örebro. This year it was once again an innovation based on research at Örebro University that took home the top prize.

Not just a coincidence

“It is not just a coincidence that solutions based on research at Örebro University have won the award for the best digital innovation two years in a row. We have established an organisation that allows us to offer customised support to researchers who want to develop their idea into a product or service,” says Anna Ragén, CEO at Örebro University Holding AB.

Embrace will make it easier to interact and identify not only areas which are specifically crime-targeted, but also what times during a day when the risk of being affected is particularly high. For example, it allows the police to be much more proactive and effective in its set of measures.

Embrace is a collaboration between the University and the IT company Nethouse. Örebro Municipality, the police and housing companies in Örebro have participated and tested the service. Embrace is based on the process formulated in the new crime prevention programme “Combating crime together”, as advocated by the Crime Prevention Council and the government.

“In going from research to concept and to the final product, receiving support from the Innovation Office was crucial,” says Professor Henrik Andershed.