“Wastewater must be free of antibiotic-resistant bacteria” 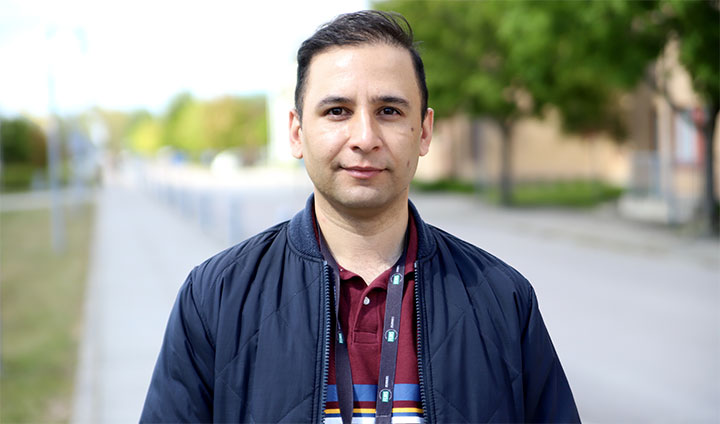 Researcher Faisal Ahmad Khan has found antibiotic-resistant bacteria both in the outgoing wastewater from the treatment plant and in the River Svartån in Örebro.

His research team was the first in Sweden to find bacteria resistant also to new types of antibiotics in waterways and lakes. Now, Faisal Ahmad Khan is presenting his doctoral thesis in biology at Örebro University.
“Limiting the prescription of antibiotics is not sufficient to eliminate antibiotic resistance. The treatment of both hospital and household wastewater must improve,” he says.

Here you can read more about the researchers’ study of the water in Örebro.

Over a three-year period, Faisal Ahmad Khan and his fellow researchers have taken samples from various sites along the River Svartån and in the Lake Hjälmaren – including both upstream and downstream the river from the city centre; in Hemfjärden where the river flows into the lake; as well as in the water by the treatment plant in Örebro. They found antibiotic-resistant bacteria both in the River Svartån and in the outgoing wastewater from the treatment plant.

“What we found were carbapenemase-producing Enterobacteriaceae, or CPE bacteria, that are resistant also to the new types of antibiotics used to fight multidrug-resistant bacteria. This type of bacteria tops the WHO’s list of bacteria that are posing a great threat in the future. In Sweden, the number of infections caused by such bacteria increase every year, and there is concern that they will become widespread in the community and in natural environments,” says Faisal Ahmad Khan.

“What is particularly disturbing is that these are genes that create resistance to the antibiotics that are currently our only weapon against multi-resistant bacteria.”

This is the first time that these bacteria and genes have been found in water environments such as rivers and lakes in Sweden.

“Interestingly enough, we were also able to see that the bacteria we found in the River Svartån, had similar traits to those we had identified in patients at Örebro University Hospital,” says Faisal Ahmad Khan.

The greatest concentration of genes causing antibiotic resistance was also found in the wastewater from the hospital. Moreover, researchers could see that the genes were still in the treated water outside the treatment plant.

“This indicates that the wastewater treatment process must become more effective, if we are to stand a chance at reducing or eliminating the spread of antibiotic resistance.”

Faisal Ahmad Khan and his colleagues have also studied how the antibiotic-resistant bacteria and genes change when exposed to the river water for several generations – and how they react to changes in temperature.

“We could see that resistance increased at a water temperature of 25 degrees compared to 17 degrees, which is the average temperature for surface water in the River Svartån in the summer. This is alarming, because it means that there is a risk that antibiotic resistance will increase along with global warming.” 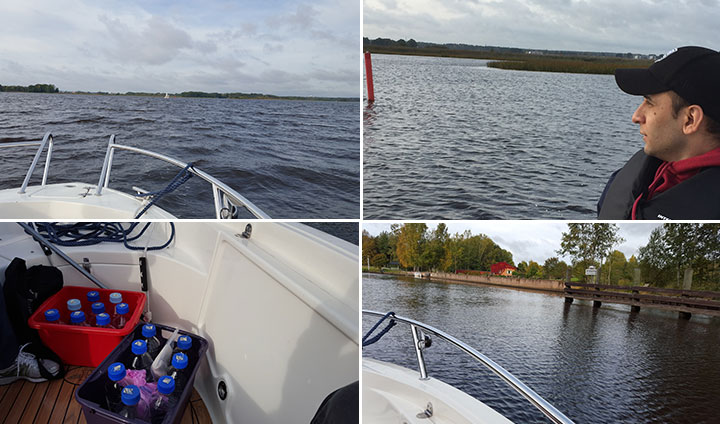 Faisal Ahmad Khan has taken water samples in both Hemfjärden and the River Svartån. Photo: Private.

Faisal Ahmad Khan hopes that his research will help sound the alarm bells:

“Limiting the prescription of antibiotics is not sufficient to eliminate antibiotic resistance. My thesis emphasises the need for both hospital wastewater and outgoing water from the treatment plant to be free of bacteria before it enters our waterways,” he says.

Still, Faisal Ahmad Khan thinks the situation in Sweden is better compared to that in other European countries.

“Yes, we did find CPE bacteria in the environment, but not in any great volumes. Nor did we find them upstream in the River Svartån, or in Hemfjärden where the river flows into the lake, which is good news.”