Håkan Håkansson graduated from Technical College in Örebro in 1967. Moving on to Uppsala University, he continued his studies and in 1975 he was awarded a PhD in business administration. 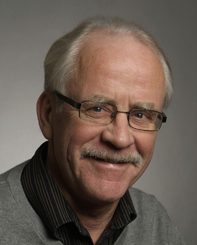 Håkan Håkansson is one of the founders of the IMP Group, an initiative gathering researchers within industrial marketing and purchasing. The IMP Group today has hundreds of active researchers internationally.

Håkan Håkansson has contributed significantly to the development of industrial marketing as a core field and some of his research has focused on the interface between technology, business and society. He has also contributed to the development of today's modern engineering degree programmes which cover both technological and economic aspects of industrial engineering.

He has had books published by Routledge, Wiley and Emerald. Since 1994 he is a member of the Swedish Royal Society of the Engineering Sciences (IVA) and he received the Herbert Simon Award for academic excellence in 2010. In 2014 he was awarded an honorary doctorate in business and economics at Stockholm School of Economics.

Håkan Håkansson has been the principal supervisor for over 30 PhD students of which many have become established academics, some of them at Örebro University.