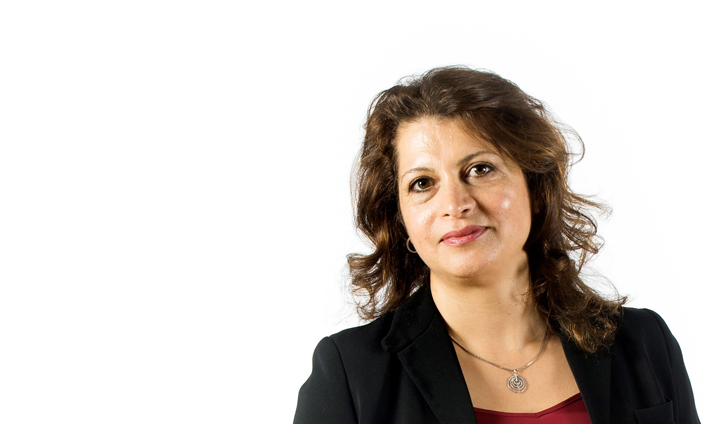 Afrouz Behboudi is Professor of Biomedicine and a cancer researcher. Two identified genes which slow cell growth are currently the focus of her research, and a feasible objective in developing new cancer treatments.

2010 Professor of Biomedicine at University of Skövde, Sweden

“Together with my research group, I am currently looking into how braking mechanisms work by using computer modelling and advanced mathematics.”

Afrouz Behboudi knew early on that she wanted to devote herself to genetics. Upon completing high school in Tehran, she decided to pursue genetics instead of accepting her admission to medical school. A scholarship in 1998 brought her to Gothenburg, Sweden.

Her discovery of two genes which slow the growth of cancer cells illustrates how geneticists use the exclusion method as a means of discovery and understanding.

“It started when I examined tumour cells in laboratory rats, when a fragment of a chromosome sparked my interest.”

“After careful scrutiny our analysis revealed three genes of particular interest and we continued with the next phase. Using methylation, a method that can determine whether a gene is on or off, two genes remained.”

For the final part of the research, Afrouz Behboudi and her research team placed the genes in a cancer cell, resulting in ceased growth. Researchers inverted the experiment by removing the same two identified genes from a healthy cell – resulting in activated growth.

“Thus proving that these two particular genes actually functioned as a constraint for cell growth. Now we are focused on finding out how this braking mechanism works.”

Knowledge of how cell growth is regulated is important for diagnosing cancer and allowing for prognosis over the course of the disease.

“Healthcare is asking for methods to better classify tumours. Classification is essential for choosing the right treatment and many are eagerly awaiting what this research may provide. New treatments may be possible.”

In addition to being Professor of Biomedicine, Afrouz Behboudi is also Pro-Vice-Chancellor for Internationalisation at Örebro University. Commissioned by the Vice-Chancellor, she has the overall responsibility for developing the University's international relations:

“Internationalisation is an area of priority and Örebro University has ambitious goals to increase international exchanges and to initiate more strategic partnerships.”

Afrouz Behboudi and her family reside in Sweden, but she has strong bonds with her native Iran.

“I have most of my relatives in Tehran and travel there every other year.”