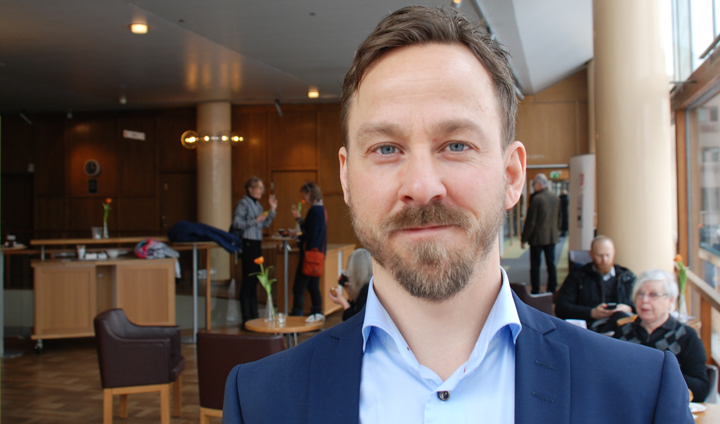 Henrik Larsson is Professor of Medical Science and researches on the fundamental causes of attention-deficit hyperactivity disorder (ADHD). With the help of twin studies, he and his research team have, among other things, shown that low birth weight increases the risk for ADHD.

2005 PhD in Epidemiology at Karolinska Institutet. Thesis: Genetic and Environmental Factors in the Development of Externalizing Symptoms from Childhood to Adolescence

ADHD is characterised by inattention, hyperactivity and impulsivity, and is common in childhood. Between four and eight per cent of children are thought to have ADHD, but it is also present in up to four per cent of the adult population.

"We know that ADHD causes profound impairments in studying, work and social relationships, with an increased risk of sick leave, unemployment, substance abuse and crime. ADHD causes great and often chronic distress, and constitutes a major challenge for health care."

"We have studied the connection between ADHD drug treatment and crime, traffic accidents, substance abuse and suicidal behaviour. In our first study, we demonstrated in several ways that taking ADHD medication means a clearly reduced risk of committing crimes."

Henrik Larsson has studied ADHD symptoms from childhood into adulthood.

"An important finding is that inattention tends to persist from childhood to adolescence, to a greater extent than the symptoms of hyperactivity and impulsivity. In another study, we have recently shown that physical activity in adolescence can reduce ADHD symptoms in early adulthood."

In a large number of studies, his research group has used data from the Swedish Twin Registry to examine the role of genetic and environmental risk factors for ADHD. In twin studies, the similarity between identical twins, who share all their genetic makeup, are compared to the similarity between fraternal twins, who share on average half of their genetic makeup with one another. Since both types of twins grow up in the same family, during the same period, then it is assumed in twin studies that they share their environment to the same degree.

"If identical twins are more similar than fraternal twins, then we can conclude that genetic inheritance is important for a behaviour or a disease. Among many things, we have been able to show that ADHD in adults is strongly influenced by genetic risk factors."