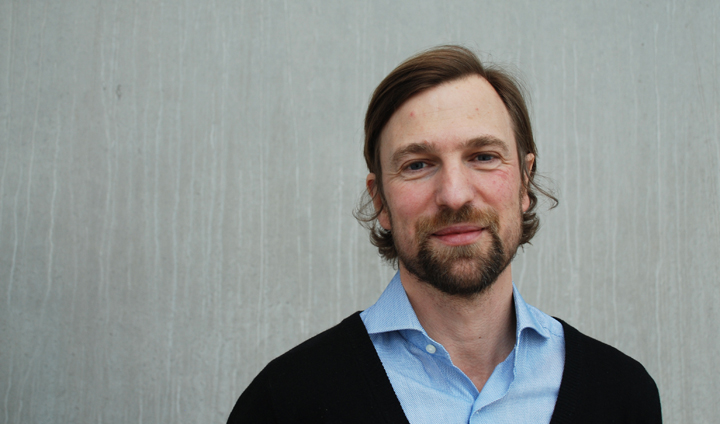 Peter Berglez is Professor of Media and Communication Studies. His research includes media from a global perspective with a focus on crises. Social media as a tool for the social elites, has become a subject of recent study.

2006 PhD in Media and Communication Studies at Örebro University. Thesis: The Materiality of Media Discourse. On Capitalism and Journalistic Modes of Writing

2011 Docent of Media and Communication Studies at Örebro University

2015 Professor of Media and Communication Studies at Örebro University

Peter Berglez examined in his doctoral thesis media coverage of global crises and events, like the terrorist attack on New York in 2001 and the anti-globalisation movement.

"My focus was on the news as an ideology and propaganda, that is, how media coverage is permeated by specific values, norms and interests, usually belonging to the elite."

Peter Berglez then proceeded to research with a global perspective, studying the way media have treated climate change.

"The climate threat is perhaps the greatest global crisis of our time, and the suggestions that arose from that research project, are still highly relevant. Such as journalism's difficulty in arousing interest for climate change among the general public, and that scientific information has not been sufficient enough in order to change public behaviour."

Peter Berglez conclusion is that the mainstream media have to adjust to a "sustainable journalism" that not only draws attention to climate change now and then, but makes the climate a part of everyday reporting. Studies and the development of ideas on what such green media coverage should look like, is a high priority for Peter Berglez and his colleagues in the research programme Sustainable Journalism.

He began in 2004 as a teacher on the international Master's Programme in global journalism at Örebro University.

"It was meeting with students from all around the world that contributed to my increased interest in the concept of "global journalism", which was relatively new at that time. In a globalised world, a more global journalism is needed, which the threat of climate change and terrorism has shown us. What does that mean, and how does it differ from conventional international reporting?"

Peter Berglez short answer to his own question is that, whilst international news reports exclusively focus on events far away, global journalism links events, crises and locations from all over the world. A result of this research is the book Global Journalism: Theory and Practice (2013).

Lately Peter Berglez has also been devoted to research into social media's increasing importance as a communication channel for society's elite, in a project regarding Twitter.

"Everyday journalists, public relations professionals and politicians digitally interact with one another. The question is, may the general public also participate in that conversation or is it restricted to just an elite network, a mutual admiration society?"
Until now Peter Berglez and his colleagues have seen both, however the latter seems to be gaining ground.

"Social media like Twitter, are becoming more like traditional media, where a few at the top communicate downward to a broader audience, where the audience tends to resemble that of traditional TV viewers or radio listeners."