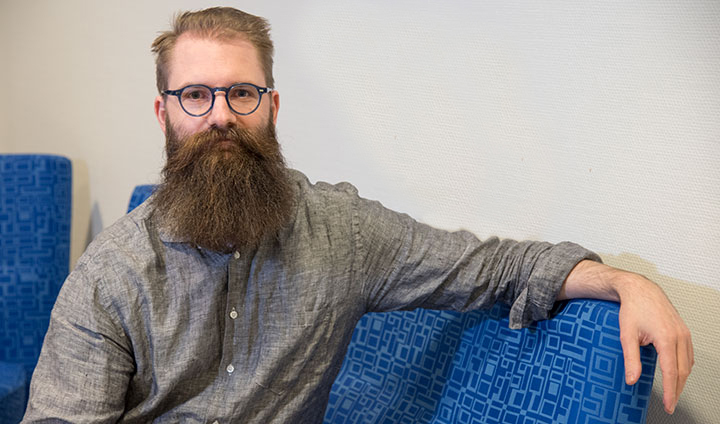 Hugo Hesser is professor of psychology. He researches how to use and develop cognitive behavioural therapy for treating mental and physical ill-health.

2013 Obtained his PhD in disability science at Linköping University with his thesis Tinnitus in Context: A Contemporary Contextual Behavioral Approach

2014 Docent in psychology at Linköping University

2019 Professor of psychology at Örebro University

“Today, we have several different psychological treatments with proven positive effects for several clinical conditions. However, it is unclear how these treatments work, when and for whom they are most effective.”

In his research, Hugo Hesser has focused on developing and adapting existing psychological treatments for individuals, and to increase the understanding of psychological mechanisms behind both mental and physical, also called somatic, ill-health.

“The emphasis has been on identifying psychological processes that are significant for how we understand, interpret and report physical symptoms. This information is then used in treating many different somatic problems.”

As a doctoral student, Hugo Hesser studied tinnitus, or ringing in the ears. This research resulted in, among other things, a treatment for tinnitus that is based on acceptance.

“At that time, I became fascinated by psychological processes that could explain why certain people could learn to live with the noise without trouble, while others found it extremely discomforting.”

“I’m especially interested in cross-over psychological processes and problems. There is much to suggest that just a few psychological core processes underlie the development of mental as well as somatic ill-health. My goal is to identify these.”

Emotion regulation is a common denominator for a great deal of Hugo Hesser’s ongoing research. An example of this are studies of the connection between anger, aggression and emotional regulation problems.

“Difficulties with anger management play a central role in both psychiatric and somatic problems. If we can develop effective treatments to reduce anger-related issues, it could prevent ill-health in the broadest sense.”

Hugo Hesser has always had a great interest in method development within clinical psychology and is also an advisor on statistical methods in many different scientific contexts. This work encompasses the application of modern statistical analysis and experimental methods to establish if, when and how a treatment will work.