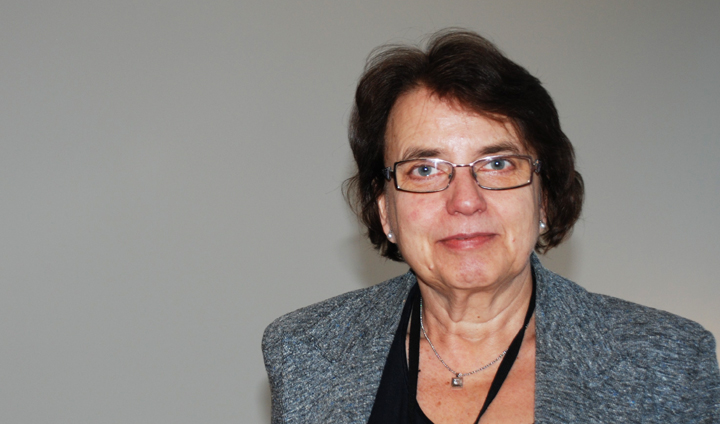 Kerstin Nilsson is Professor of Surgery. Her research examines hormonal issues with a focus on vaginal infections, such as the risk factors of injuries occurring during childbirth, and their consequences for women. Her work also concerns reducing the occurrence of overweight and obesity in pregnant women.

1994 PhD in Medicine with a Specialisation in Obstetrics and Gynaecology at Uppsala University. Thesis: Urogenital Oestrogen Deficiency in the Menopause

"Many women receive injuries during labour. It is such a common problem that it can be described as a public health problem. Despite this, awareness is still insufficient."

Kerstin Nilsson is currently working with a project to identify individual risk factors, including genetic causes, but above all the critical stages during pregnancy and delivery, with increased risks of causing persistent problems with the pelvic floor in the form of uterine prolapse and urinary incontinence in women giving birth to their first child. The next step will be studies focused on treatments.

"When it comes to overweight and obesity, we know that this is a risk factor at childbirth. Furthermore, pregnancy is in itself a risk factor for continued weight gain, which can contribute to problems for both the mother and her child."

The occurrence of overweight and obesity in the general population is increasing, and the same is true among pregnant women. Therefore, researchers today are trying to use intervention studies in maternal health to affect weight gain during pregnancy, also with the aim of having a long-term impact on the mother and her child's weight development.

"In other studies we will investigate which factors during pregnancy have relevance on the baby's weight gain, and how these are expressed in the placenta. We want to increase the understanding of metabolic and inflammatory reactions relating to pregnancy and childbirth."

Similar issues also occur when the body is exposed to other forms of strain and stress, such as during surgical procedures. In one project, the processes with major gynaecological operations are being examined, and how different surgical methods affect metabolic and inflammatory processes. In addition, researchers are investigating the importance of structured postoperative care for optimal recovery.

Kerstin Nilsson has consistently worked with clinical patient-oriented research since her doctoral thesis, which dealt with the consequences of altered levels of the hormone oestrogen in slightly older woman, with a focus on vaginal infections.

"Since then, my research has continued, specifically in the field of urogenital disorders in women – pelvic discomfort at various stages, and in particular urinary incontinence – focusing on the cause and course of disease, and its treatment."

In recent years, in addition to her research, Kerstin Nilsson has been involved in building up the medical programme at Örebro University.

"With student-centred learning as the starting point, we want to build a modern programme which prepares students for professional life-long learning, where the knowledge generated from research is integrated into daily practice, and is a natural occurrence. I see this as one of the most challenging and exciting processes that I have had the privilege of being involved in."