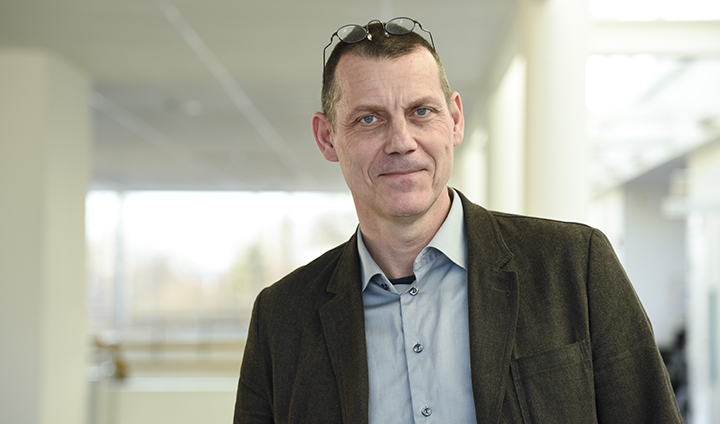 Patrik Lundell is professor of history. He has written about the history of printed newspapers – their emergence, competition and marketing. In recent years, he has begun researching right-wing extremist advocacy during the interwar years and World War II, and sees distinct parallels with today’s movements.

2002 Obtained his PhD in history of sciences and ideas at Lund University with his thesis, The press in the provinces: from civic conversation to modern moulding of public opinion, 1750–1850

2009 Docent in history of sciences and ideas at Lund University

2018 Professor of history at Örebro University

In his doctoral thesis, Patrik Lundell examined the publicist principles of the 18th and 19th centuries. It is a common belief that the modern press that was established during the 19th century meant the emergence of free and open debate.

“But that’s not entirely accurate. I have looked at the type of publications that were displaced. They were newspapers published by printers, filled mostly with letters to the editor,” says Patrik Lundell.

“This content, described with the terminology of our times, is user-generated, and the ideal was civic – the public discourse was intended to spread the light of enlightenment and promote the common good.”

The new, modern press was however controlled relatively autocratically by a small group of publishers. Their principles were professionalism and political advocacy. The new editors had only space in their newspaper columns for writers who were of the same opinion as themselves.

“These tensions have parallels to today – but now between different Internet-connected phenomena and the professional and the, historically speaking, not-so-old journalism. These tensions also open up for a more sober view of today’s so-called social media,” says Patrik Lundell.

“What is exactly new with social media remains to be explained, as well as what is ‘social’ about them, compared to older forms of media. Without this sort of historical perspective, our understanding of the present is somewhat superficial.”

Patrik Lundell has researched how different forms of media in the past were connected – and coincided.

“We tend to view media history as a movement from medial desolation to a time that is more permeated by media. That isn't actually the case. There has long been a variety of media forms, and they have always overlapped, competed with and enhanced one another. And much in the past was also dependant on media in various ways.”

“Take, for example, politics in the 17th century – which was deeply interwoven in the media of the time. That the so-called mediatisation started with television, or even later, is an irrational premise. There is not principally more mediatisation in our own time – it is different. And nothing can help us to understand that more, that is, what is precisely new and different, than history,” says Patrik Lundell.

A portion of his research is about how printed media have marketed themselves.

“The question can be summarised as follows: how is it that we associate certain predominantly positive values, with the press? The answer can be formulated as follows: because the press has very effectively staged the arena themselves.”

Naturally, much of marketing was done in newspapers, but also in other media forms ranging from the modest, like stamps, simple textbooks, creation of archives, bibliographies and research funding, to large conferences, exhibitions, oil paintings, luxury works and statues.

“The focus has been on Swedish intellectuals – university teachers, doctors, journalists, artists, writers and others – who had a positive view of Nazi Germany.”

He has examined how these groups reasoned about the nature of the public forum and its problems, and how their moulding of public opinion manifested itself.

“The similarities with the dark forces of today are evident. They too praised objectivity, talked about ‘how things really are’ and criticised others for being biased and withholding troublesome ‘facts’. Right-wing extremist advocacy is often described as pretty transparent and as emotionally appealing lies. Such elements existed and of course exist today. But to believe that they are the dominant force is a dangerous misconception.”

“In fact, right-wing extremist advocacy is often rational and coherent. Responding to it with a naive concept of objectivity is a mistake. On the contrary, confessing one’s bias – for democratic and human values – is probably more effective.”