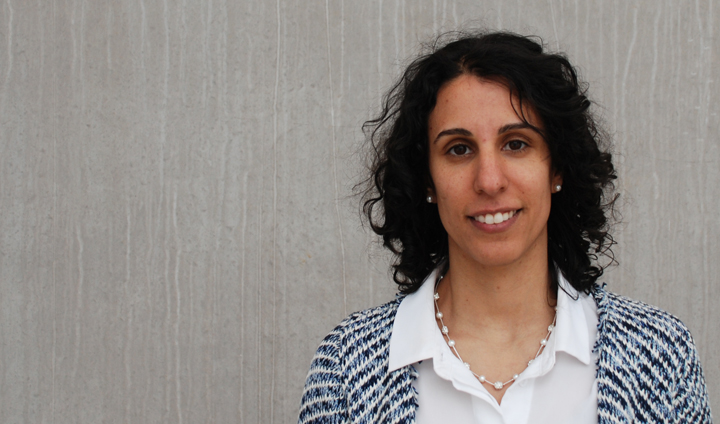 Amy Loutfi is Professor of Information Technology. She conducts research in intelligent sensor systems and how they function in various environments and in their interaction with humans.

“There are sensors everywhere, but it is still a challenge to analyse the data which these sensors collect. My research is concerned with how we can analyse information produced by various technological solutions with the help of artifical intelligence – and make that information useful.

Amy Loutfi is primarily interested in the data collected from sensors scattered throughout different environments or located on a robot. She has examined traditional sensor systems which collect information that they can “see” but also newer systems which can “smell” – collecting data by robotic olfaction sensors.

“I have studied how we can convert this information collected from sensors, which tend to be presented in numeric data, into what we call semantic information, that is to say information that means something to humans. In other words how we can go from numbers to words.”

The goal is that research from IT applications which easily gather the information which is significant and convert that data to useful information for anyone that may have a use for it.

The analysis of sensor data is consequently important so that information will be useful to humans. At the same time it is important to understand how people, who may not be familiar with technology, prefer to interact with autonomous sensor systems and robots.

“I am interested in how humans and machines interact. I examine how robots and humans work together, and if sensors can be used to describe the quality of that interaction.”

In her research, Amy Loutfi has studied several different applications where sensor systems work in close cooperation with humans. She often works with people in their home, but in other environments too.

“For robots to function independently and be able to carry out their tasks in the homes and industries of the future, they must be able to interpret their surroundings.”

She describes how she herself has experienced how much the world has changed thanks to computers and the Internet, and that robotics is the next big step in technological development. It is her contention that we today can imagine various ways in which we can use robots, but that we have no real idea about where this development will lead us.

“In the end, the point of my research has a technical goal, where my primary aim is to build better sensor systems which can be of help to humans.”