The complex interplay between platelets and neutrophils has been thoroughly investigated in terms of mechanisms causing altered behaviour of the two cell types (Bengtsson et al., 1996). Furthermore, our research has revealed previous unknown mechanisms by which the acute-phase reactant alpha1-acid-glycoprotein modulates neutrophils and platelets responses (Fig 2). 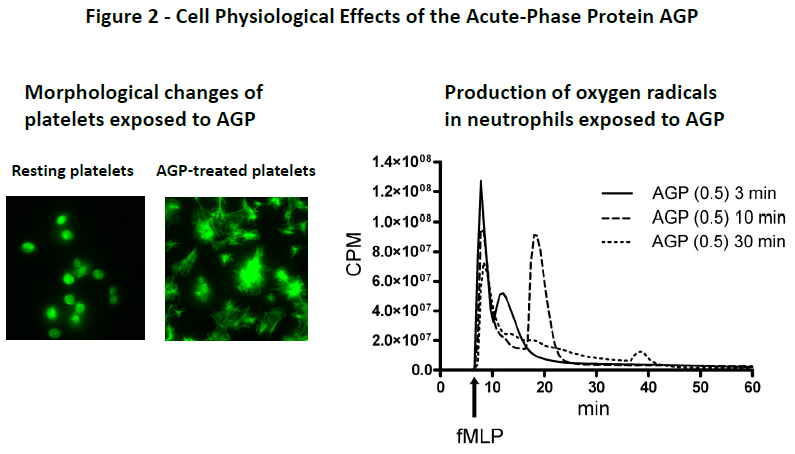 Link between primary hemostasis and inflammation

Another area of research is the ongoing evaluation of platelet as a highly “mitogenic” cell type. It is well established that platelets release a large number of soluble growth factors. However, we have shown that platelet membranes also possess pronounced pro-proliferative activity, which may involve interaction with extracellular matrix components such as hyaluronic acid.