Particular emphasis has been directed towards the role of endothelium-derived nitric oxide (NO), prostaglandin I2 (PGI2), and adenosine in taming of human blood platelets. It has been shown by us and others that concomitant exposure of platelets to NO and adenosine/PGI2 provokes a strong, synergistic inhibition of human platelets (Fig. 1). These findings most likely reflect the importance of a functional and health endothelium to keep circulating platelets in a dynamic resting state. From pharmacological perspectives, it would be a great progress to utilize the power of NO and PGI2 to control misdirected platelet activation. Ongoing research aims to identify new molecular targets for NO-releasing drugs and reveal more precise mechanisms by which NO combined with adenosine/PGI2 suppress human platelets. 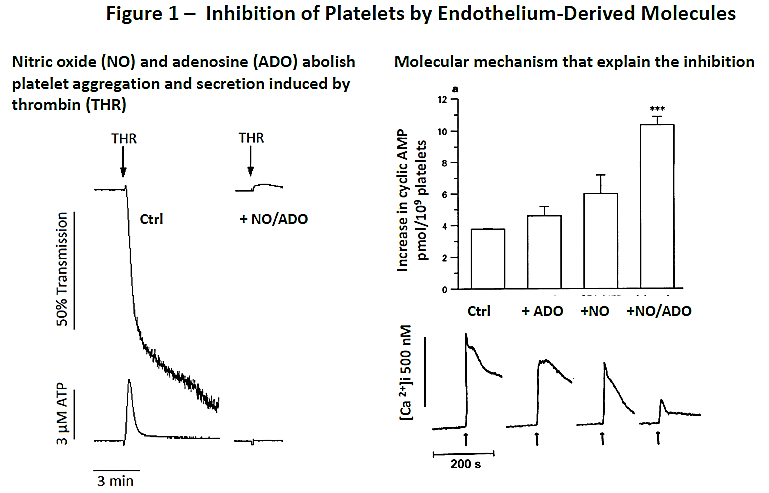