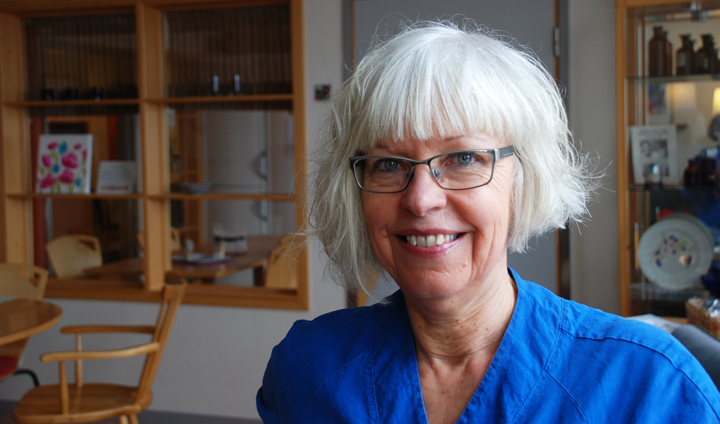 Mothers of children with diabetes suffer burnout to a greater extent than do mothers of healthy children, while no such differences can be seen in fathers. These findings are presented by Caisa Lindström in her doctoral thesis in medicine at Örebro University. Her study shows that one of the reasons for this difference between men and women is the degree to which one needs to feel in control.

“Another difference I have been able to detect is performance-based self-esteem. Mothers and fathers approach their roles in different ways and mothers are more inclined to assume blame,” says Caisa Lindström.

As a counsellor at the paediatric and youth department at Örebro University Hospital, she has vast experience of meeting parents of children with chronic diseases.

“I noticed how many of them experienced problems with memory loss, difficulty concentrating, headaches, muscle stiffness, and pain, and how they were often feeling low and exhausted. Some spoke of guilt and shame. At first I thought they were just tired,” she says.

But there was something else in it. The symptoms correspond well to those of burnout, which have many similarities with chronic fatigue syndrome. Burnout, however, is more specific, it is better framed by research theories, and certainly well researched within working life.

“In both cases, parents are in charge of the care given to their children. The difference is that as long as the IBD medication is working, the child is healthy. And if it is not working, you call the doctor. But for parents of children with diabetes, there is an around-the-clock responsibility – it is a job they never get a break from. The sophisticated glucose monitoring technology can also create added stress.”

Caisa Lindström has compared these two groups of parents with a control group. The results show a significant difference in the incidence of burnout in mothers of children with diabetes. For fathers, however, it is not possible to determine any difference scientifically, even though her study shows that there is a tendency also for fathers of diabetic children to suffer burnout. The same tendency can be observed for parents of children with IBD, but the number of participants in the study are too limited to allow any specific conclusions to be drawn.

In addition, Caisa Lindström has examined factors that correlate with burnout symptoms in parents of children with diabetes, such as a lack of time for yourself or for your partner and practical support from social networks. In these instances, the reactions in mothers and fathers were similar.

“This does, however, not apply to sleep. Mothers are more inclined to get up at night, they wake more easily, and find it harder to go back to sleep.”

Or, as one mother that Caisa Lindström interviewed puts it: “Damn it, they are so much more relaxed (…) he sets his alarm, then bam, he sleeps until he needs to get up again”.

A need to be in control and a performance-based self-esteem are two individual factors that separate men and women. The correlation only applies to burnout and mothers of children with diabetes.

“Mothers I have interviewed say that the fathers do take responsibility, but they also claim that they themselves find it hard to relinquish responsibility.”

Important to include social networks

The findings presented in the thesis have caused Caisa Lindström and her diabetes team at Örebro University Hospital to work more actively to involve the social networks around families with chronically ill children: “We sometimes see that those who would be able to relieve the parents are simply not confident enough,” she says. She has also given talks on her research, in Sweden and in Norway.

Control and performance issues are something she brings up when seeing parents.

“Sometimes, the mother’s expectation is that I will tell the father to raise his game, and she may be disappointed in me when I tell her to learn a little from her husband instead.”

“There are few fathers that do not take any responsibility, but it is not easy to take responsibility if what you do is just never good enough. The reaction may then be to step aside since the mother seems to cope better if she is in control.”